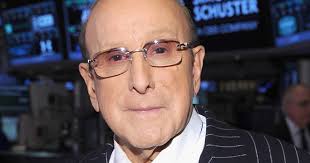 If it wasn’t for Clive Davis, you might never have heard of Bruce Springsteen.

The singer was still a rookie when he stood in Davis’s office in 1972 and played his heart out.

“This was like the biggest days of my life,” Springsteen later recalled.

Davis signed him on the spot, taking a punt that this raw, untested talent could become a household name.

For most of us, discovering one superstar would be enough – but over the last four decades, Davis has steered the likes of Aretha Franklin, Billy Joel, Aerosmith, Barry Manilow and Alicia Keys towards the top 40.

But his biggest artist was always Whitney Houston. Davis discovered her in her teens, nurturing her talent and shaping her into one of the best-selling artists of all time.

He maintained a strong hand in her career, staging an intervention when drugs took over her life, and says her death, in 2012, still feels “startling and unexpected”.

Now aged 85, Davis is the chief creative officer of Sony Music, and revered as one of the dons of the music industry.

And his story is explored in a new documentary, Soundtrack of Our Lives, which premiered this week on Apple Music.

“I think the film captures the fact that I got into the business by accident,” he tells the BBC. “I never planned it. And when I got in, I discovered a natural gift that I never would have known I had.

“I don’t read music – but [I still get] that visceral feeling when I’m looking for that next great star, or the next hit song.”

Along the way, his gut has guided him towards surprising, often tough, decisions. Many of them have changed the course of pop music. Here are just five examples.

1) He stopped Prince releasing the world’s most boring album

In 1999, Prince licensed his 23rd album, Rave Un2 The Joy Fantastic, to Arista Records. Davis’s job was merely to market the record, but he struck up a friendship with the musician, taking him to see Basketball games, and joining him at concerts.

They talked about music a lot “but the subject that really fascinated him, in that electrifying mind of his, was legal stuff.

“And eventually he said, ‘I’ve never heard these issues articulated as well as you’re articulating them. Let’s record this. I think a tape of our dialogue on these subjects would be great’.

“I said, ‘I’m flattered. But you’re the only one interested in this.'”

After getting the go-ahead from Davis, Bruce Springsteen set off to record his debut album, Greetings From Asbury Park, NJ.

“We went in and we did the record and I sent it over to him… and he sent it back,” recalls Springsteen in Soundtrack of our Lives. “He said, ‘There’s no singles on the record.'”

“Springsteen was a mature guy, even though he was young,” says Davis of the incident. “He said, ‘OK, if that’s the way it works, let me go back and think about it.’

“And he came back and said, ‘That was a good call. I wrote Blinded By The Light and Spirit In The Night.'”

Both songs went on to become singles – and the documentary digs out archive footage of Davis reciting the lyrics in a promotional video that was sent to record distributors and radio stations in 1975.

“But I had a few other artists – Tim Hart and Eric Andersen – who were all called ‘the next Bob Dylan,’ and that turned out to be the kiss of death.

“I did not want Springsteen to be categorised as another Bob Dylan. I said, ‘His imagery is so different from Dylan [so] I’m going to, into a camera, read the lyrics of every song on this Greetings From Asbury Park album, to show them this is a unique artist coming through.'”

3) He made Bridge Over Troubled Water a hit

“I was so blown away by Bridge Over Troubled Water,” says Davis of Simon & Garfunkel’s best-loved composition. “I thought it was a landmark song.”

Defying both the band and conventional wisdom, Davis decided the song should be the first single from the duo’s fifth and final album.

“Simon and Garfunkel said, ‘God, we thought he’d pick Cecelia. It’s uptempo, it’s the right length, it’s an obvious candidate for Top 40 radio. Why has he come up with Bridge Over Troubled Water, which is much too long, a ballad?'”

“But to me it’s one of the best songs ever written, and so I said I’d prefer to take on that.

“That’s why to this day Garfunkel will say, ‘That’s leadership. He knows enough to say, ‘Hold on, I’m not going to formulise everything.'”

“Whitney had an incredible gift and power as a performer,” says Davis. “She was the greatest singer of her era.”

The pair formed a creative collaboration when Whitney was just 19 years-old, and Davis helped her choose every song she recorded.

And it’s thanks to him that I Will Always Love You starts with 45 seconds of the star singing alone, unadorned and unaccompanied.

“My radio promotion people all said, ‘Cut that out – it’s going to be tough,'” recalls Davis. “‘Radio doesn’t love a capella.'”

“That was another case, like Bridge Over Troubled Water, where it was too unique, it was too special. I said, ‘Unless they force us, I want to fight it.'”

It wasn’t just radio he had to fight… it was the song’s producer, David Foster, who was unhappy that Davis chose to release his first demo of the song, rather than the polished version he submitted later on.

“He unleashed this string of obscenities,” says Davis, “but he never came up with a version that was as pure. And so, faced with a decision, of choosing what to release to radio, I chose that first version.

“And after one day of his invective, he called me literally on the second day, and said, ‘Everyone is stopping off the highway. They cannot believe it. This is giving them goose pimples. You were right! Thank you!'”

The explosion in streaming has helped the music industry return to growth after more than a decade of piracy and plummeting profits.

But although the industry has turned a corner, Davis is wary of streaming’s impact on artists’ longevity.

“There’s an awful lot of cherry-picking hit singles at the moment,” he observes. “And the music that’s being played is not creating opportunities for certain artists. Where will the next Aretha Franklin or Whitney Houston come from?

“Big ballad artists are relegated to ‘adult’ playlists,” which don’t have the power to break new acts in the mainstream, he explains. A similar thing is happening on radio, where urban stations “are only playing hip-hop”.

“So where will the next Luther Vandross come from? What’s happening with the great Maxwell?

“We have to be vigilant, within a healthy industry, to encourage more than one-hit wonders.”

He says the success of Adele and Ed Sheeran shows “the principle of buying an album can survive”.

“So now that we’re assured that we still have a business, we’ve got to make sure that artists who are signed today are still headlining in 40 years.

“That’s the goal. That’ll always be the goal.”