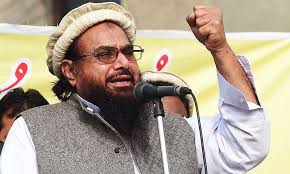 According to media reports, Punjab Government through a formal notification extended the detention of Hafiz Saeed, Amir of banned outfit Jamat-Ud-Dawa for two months.

It is vital to mention here that Hafiz Saeed was house arrested at January 31st this year for 90 days after that it was extended for three months more. Extension in detention had ended on July 27 but once again his detention has been extended for two months.