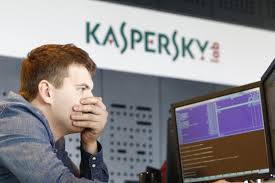 The US Department of Homeland Security has told government departments and agencies to remove all security software from the Moscow-based company Kaspersky Lab from their IT systems.

It said it was concerned about ties between company officials and the Russian intelligence services.

The move comes ahead of a vote in the US Senate this week to prohibit use of the company’s products by government.

Kaspersky Lab has repeatedly denied that it has ties to the Kremlin.

But the allegations have led to a number of US retailers withdrawing its products from sale.