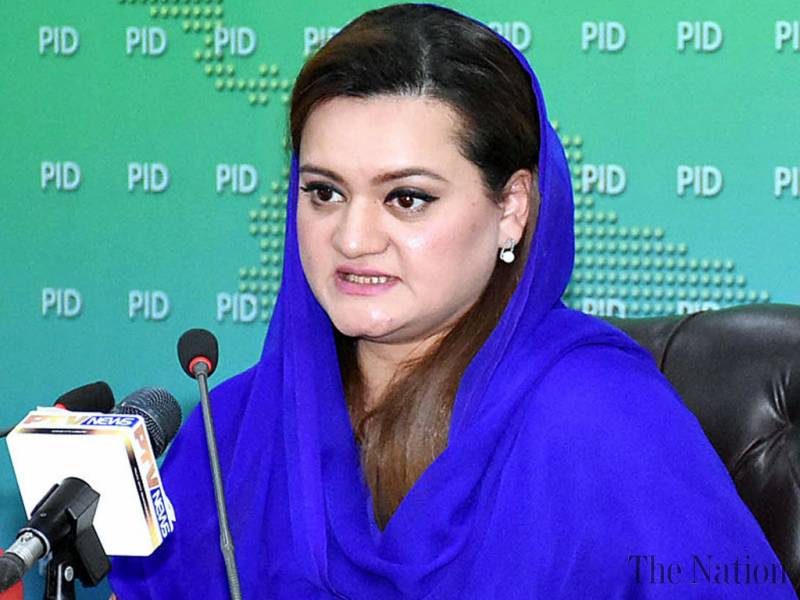 Marriyum Aurangzeb Minister of State for Information, Broadcasting and National Heritage while reacting to Imran’s tirade against the PML-N government before flying from Chitral said that Imran Khan was a living example of ‘A Thief Being Boisterous About Thieving’ She added that one can only wonder whom Mr Khan was trying to befool by installing new plaque in his name on the projects initiated by others.

On Thursday, 6th July 2017, in a statement she said that deception with the people of Khyber Pakhtunkhwa (KP), absconding from the courts of law along with hurling fabricated allegations on others has been the hallmark of Imran’s politics.

The Minister added that Imran had relished accusing others of corruption however he had himself locked up the Ehtsab Commission in order to cover up the corruption and lies of the PTI government in KP.

The Minister added that congratulations would have been given by the Federal government to Imran if he had initiated a new project in the province, The minister also advised him to seek training from the Chief Minister Punjab as to how new project were launched.

The anti-terrorists court in Islamabad had pronounced the name of Imran Niazi even on Thursday, 6th July 2017, Marriyum said that the lawyer of the fugitive again demanded exemption from ECP on his behalf, which was waiting for his reply in the foreign funding case for the last two and a half years.

Furthermore the minister also asked Imran Khan to reveal on whose helicopter did he travel from Chitral to Islamabad today.