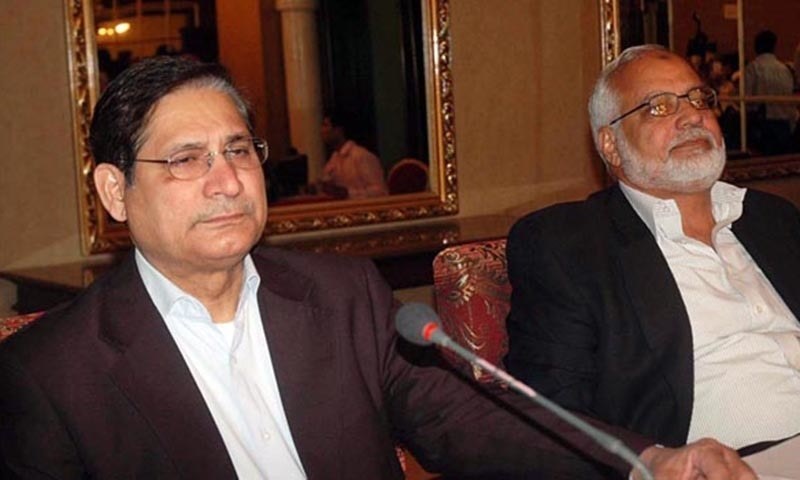 The Prime Minister has given four year extension in the service of Noor-ul-Haq, member finance OGRA.According to details, Noor-ul-Haq was on contractual basis and his two year contract was going to end today Monday.

The summer for the extension of his contract period was forward by Cabinet Division which was approved by the PM.

Member Finance OGRA belongs to KPK and has close relations with ANP, which is the ally of PM. On the recommendation of ANP, the PM while putting all rules and regulations under carpet has extended his tenure for four years. The PM’s orders in this regard would be challenged in the court ultimately.

Before resuming the duties of Member Finance OGRA, Noor-ul-Haq was performing the duties of Executive Director in the same department. Former Chairman OGRA Saeed Ahmed Khan has played a significant role in making him Member Finance.As per OGRA rules and regulations, vacant posts of members are advertised in national dailies and out of these candidates, most eligible candidate is appointed as member.

It is worth mentioned here that corruption cases of Noor-ul-Haq are under hearing in courts while complaints of nepotism and misbehave with employees are common.He is alleged of getting Rs 2.8 million for car advance from OGRA bank account while violating the government policy. He also gets over Rs 77000/- every month for the maintenance of his car. He is also allegedly involved in illegal recruitments in OGRA and this case is under hearing in the court.

Noor-ul-Haq is also alleged of getting Rs 5 billion of OGRA and spent this amount in personal investment instead of depositing it in national exchequer.

Chairman OGRA Uzma Adil has also terminated Afzal Bajwa recruited on recommendation on the allegations of corruption. A corruption case in High Court is also under hearing against Afzal Bajwa.