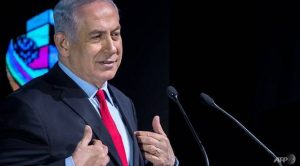 Israeli police said on Tuesday that two associates of Prime Minister Benjamin Netanyahu were suspected of offering a judge promotion in return for closing a criminal case against the premier’s wife.The new investigation stemmed from a separate probe into alleged bribery in the form of positive news coverage of Netanyahu in return for business concessions worth millions made public just hours earlier.

The revelations come just days after police said there were grounds to indict the prime minister himself in a separate case for bribery, fraud and breach of public trust, in the biggest challenge yet to the right-wing premier’s long tenure in power.