Feb 28, 2018 No Reservations to Share Defence Budget With Parliament 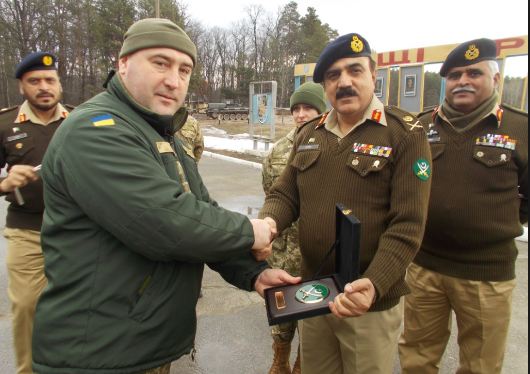 No Reservations to Share Defence Budget With Parliament: Defence Secretary Lt. Gen (Retd) Zamir-ul-Hassan said that Ministry of Defence has no reservations about sharing details of the defence budget with the Parliament. A discussion on the defence budget took place in a meeting of the National Assembly Standing Committee on Defence.

He replied to the questions asked by the Members of the standing committee regarding the lack of information available on the defence budget with Parliament.

Member Pakistan Muslim League-Nawaz and Chairperson National Assembly Standing Committee on Defence Shaikh Rohail Asghar was heading the meeting. He said that the Parliament can only access details regarding the defence budget that is enclosed within the Public Sector Development Programme. He asked, “Why can we not access the other details?”, to which the defence secretary said that the ministry has no reservations about sharing the details of defence budget with the parliament. He said, “We are ready to share the main points and important information regarding the defence budget”.

Defence Secretary Lt Gen (Retd) Zamir-ul-Hassan added that the ministry is ready to share details regarding budget for the air force, navy as well as for the army.

The committee members also decried the defence ministry’s use of the wrong map of Pakistan and questioned how could the department release a map that did not include Indian Occupied Kashmir and Gilgit-Baltistan as part of the Pakistani territory. They urged the prime minister to take notice of the issue. The defence secretary replied that the map of Pakistan was updated and had been sent to all ministries and government departments.

The reports emerged of all internationally recognized maps that were available to students conducting higher research depicted Gilgit Baltistan as part of India instead of Pakistan. The matter was brought to the attention of the National Assembly.

The federal government of Pakistan did not consider it as a point of serious concern and stated that it has no control over private organizations that are involved in the map-drawing process.