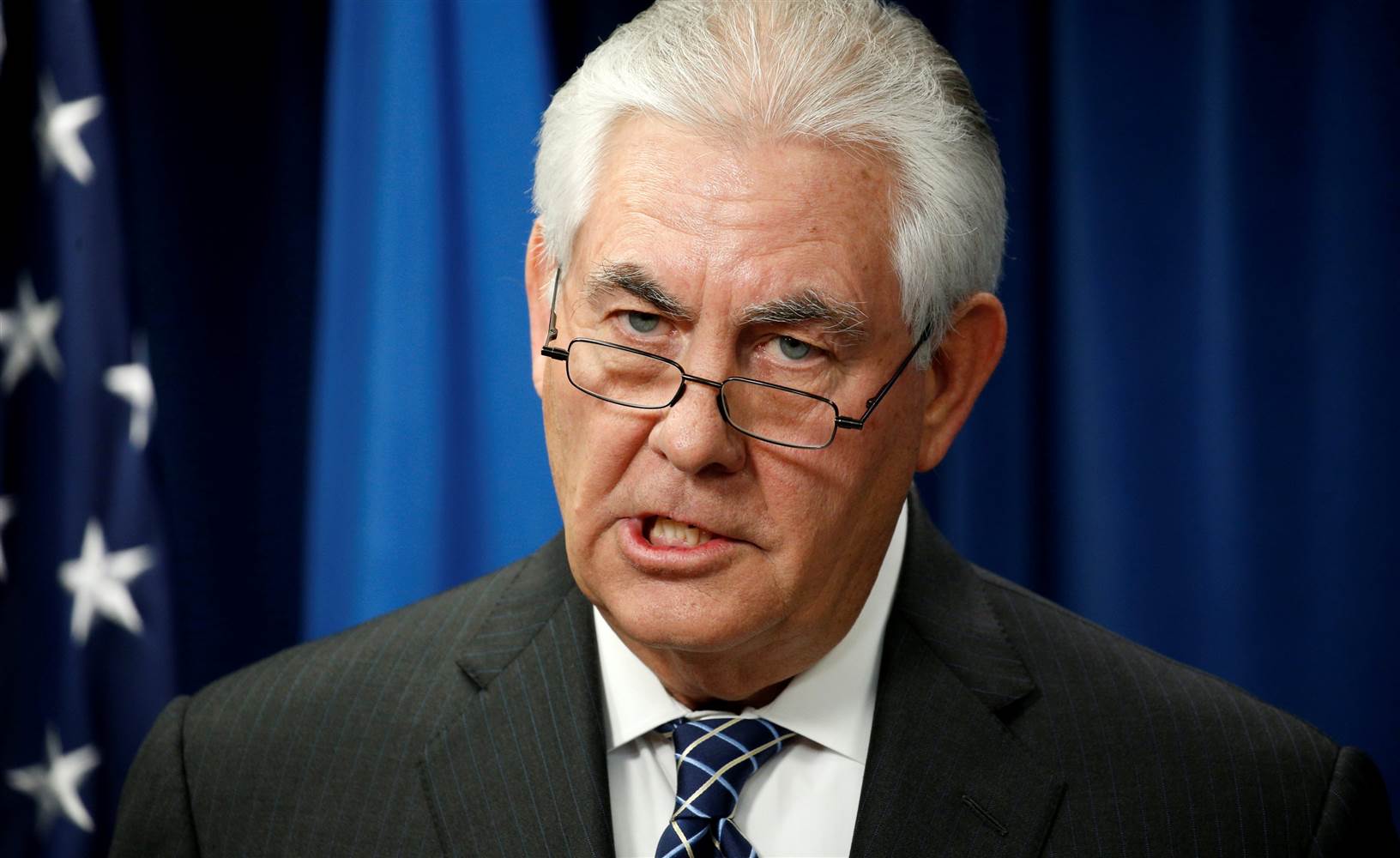 The US government is not seeking a regime change in North Korea, the secretary of state says, amid tensions over Pyongyang’s weapons programme.

“We’re not your enemy,” Rex Tillerson said, adding that the US wanted a dialogue at some point.

But a Republican senator said President Donald Trump had told him there would be a war with North Korea if its missile programme continued.

Pyongyang claimed its latest missile could hit the US west coast.

The second test of an intercontinental ballistic missile (ICBM) on Friday, celebrated by North Korean leader Kim Jong-un, was the latest to be conducted in defiance of a United Nations ban.

“We’re not your enemy, we’re not your threat but you’re presenting an unacceptable threat to us and we have to respond.”

North Korea’s recent long-range missile tests have deepened concern about the threat Pyongyang poses to the US mainland, and strengthened determination here to prevent any strike. That’s what the president had in mind in his war talk with Senator Lindsey Graham.

The Pentagon has updated military options, but at the same time says a confrontation would be catastrophic. In light of that, Tillerson repeated at length that the US wasn’t seeking regime change and said the goal was dialogue, but one not based on the assumption that North Korea could keep its nuclear weapons.

The strategy, said Tillerson, is a sustained campaign of peaceful but intensifying economic pressure to change its mind. But given the advances in ballistic technology demonstrated by the recent ICBM tests, there’s growing doubt that denuclearisation is a realistic possibility.

As always, there are no good options when it comes to North Korea, but less time to pursue them.