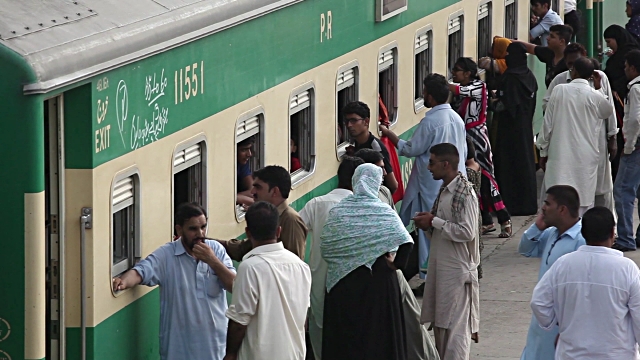 He said the increase in expenditure is mainly due to increase in pay, pension and allowances as a result of budget announcements and cannot be curtailed.

The other measures included introduction of competitive freight rates to diversify traffic from road to rail, preference to block train loads, FDA based agreement with Maple Leaf Cement Factory and MOUs with Awan Trading Company and Chishtian Logistics for transportation of Coal and allocation of dedicated locomotives in freight pool, improved from 10 locomotives in 2012-13 to 65.

He said preference to high rated commodities like POL, in land coal transportation agreement with M/S Ruy; Shendong from transportation of 4.2 million tons imported coal from port to coal Fired Power Plants at Sahiwal and improvement of terminal facilities to curtail loading and un-loading time were some other steps taken.

In passenger sector, he said the department adopted measures which included out-sourcing of commercial management of four trains to generate a revenue of Rs. 3.35 billion per annum, reduction of fares of different trains attracting more than 5.1 million passengers to travel by train and introduction of Green line train between Rawalpindi-Karachi via Lahore with extra facilities and amenities.

He said that Pakistan Railways also took some other steps to improve financial health of the department which included introduction of different packages, concessions in different classes, rationalization of fare structure to make it more competitive with road sector and running of special trains on eve of Eid-ul-Fitr, Eid-ul-Azha, Urs of Lal Qalander Shahbaz, Urs of Bahauddin Zakaria, Besakhi and Tableeghi Ijtimah etc.