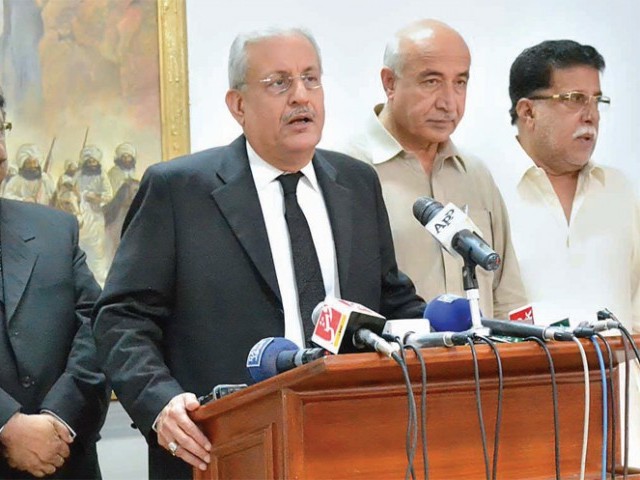 Senate Chairman Raza Rabbani, addressing an event in Quetta on Wednesday, said he does not wish to see a clash among state institutions.

Rabbani said the parliament, executive and judiciary have to work together while remaining in the limits of their jurisdictions.

He said according to the law, the state’s first and foremost responsibility is protecting the lives and property of the people.

He added that democratic forces struggled against a dictator and got Article 58(2)(b) removed from the Constitution but now another method has arisen.

The said section of the Constitution was inserted in 1985 by Gen Ziaul Haq and was used by military dictators and presidents to dismiss political governments. It was removed from the Constitution when the 18th Amendment was passed by the Pakistan Peoples Party government in 2010.