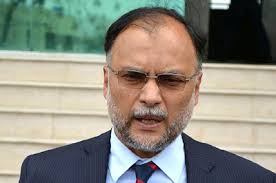 Iqbal, in his statement to media, said the incumbent government defeated terrorism and ended prolonged outages from the country.

“It isn’t the job of immature people to run state affairs,” he said.

Maintaining that the country’s economy was back on track, the minister said the opposition does not have anything except for negative agenda.

He further stated that the government is determined to completely rid the country of terrorism.