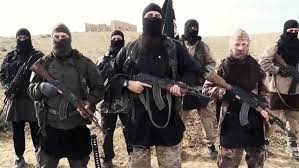 In a move to avert the threat of Daesh in the country, Pakistan has decided to formulate a formal policy regarding the suspected citizens involved in international conflicts.

Security agencies are collecting data on Pakistani citizens suspected to have traveled to the Daesh-affected parts of the world including Iraq, Syria, and Yemen, and have not returned to Pakistan.

“We have collected the data of those traveling abroad, particularly of those who traveled to the militancy-hit countries and did not return. We are trying to find out the real reasons for militants to go to these regions,” said Ehsan Ghani, the chief of National Counter Terrorism Authority (Nacta) in an exclusive chat to this correspondent.

According to a Nacta report, a copy of which is also available with The News, the government has convened multiple meetings of federal and provincial-level stakeholders to assess the threat.

The sources claim that the decision to avert the threat was taken at a recent high-level meeting. In this regard, data of the Pakistani citizens, who have traveled to Afghanistan, Iraq, Iran and other conflict hit areas, has been collected through Federal Investigation Agency (FIA). The report says that the data received from the provinces are at the verification stage following which Nacta would prepare a policy recommendation paper.

They claim that a special focus is being laid on those who have not returned to Pakistan despite the expiry of their visas. “We have a lot of data of those who did not return from these areas but we cannot say all those, who went to conflict-hit areas, are terrorists as some of them could have gone there to reach Europe or find a job even, so we are doing ground verification,” added Ghani, when asked about the people who are still in the above-mentioned regions without any legal cover or having their visas expired.

In this regard, the sources claim that there has been no formal interaction between Pakistan and Iran or Pakistan and Afghanistan so far to identify such people using their intelligence and law enforcement agencies.

The sources claim that authorities are concerned about the possibility of the Daesh threat spreading in the country, especially as there is a plethora of jihadist mindset having fought in Afghanistan against Russia and against the US and its allies.

According to Asfandyar Mir, a fellow at Stanford University’s Center for International Security and Cooperation and an expert on armed groups in South Asia, Daesh presents a unique threat which Pakistani policy makers are rightly concerned about. According to Mir, “Although Daesh doesn’t have much military strength in Pakistan for now, it is certainly the more attractive brand for the budding jihadists.”

According to the Nacta report, there are a total of 8,333 suspected militants across the country who have been placed on the Fourth Schedule of the Anti-Terrorism Act 1997 which bars them (who is placed on Fourth Schedule) to not leave the area of their police station jurisdiction without the permission of station house officer (SHO) and brings them within the orbit of some other minor restrictions.

Previously, the people – who have remained trained fighters and were known as Afghan-Trained Boys (ATBs) or men who remained in the Afghani prisons, known as returnees of Afghan prisons (RAPs) – were also part of the Fourth Schedule but now there is a shift in the previous policy.

The sources claim that this time the Pakistanis, who travelled to Afghanistan and Iran since the start of the current year but haven’t returned, are the main focus.

Earlier in March this year, US Secretary of State Rex Tillerson had warned that Daesh wants to recruit young people from Pakistan, Afghanistan and Iraq. Experts say that Pakistan’s proactive action against Daesh also reflects the dual view Pakistan has towards armed groups.

“In Pakistan, Daesh is getting the short end of the stick because of its ideology. Daesh professes a radical ideology which challenges the Pakistani state and military, something that groups like the Afghan Taliban and Haqqanis don’t do,” Mir adds.

Meanwhile, the Nacta – Pakistan’s only civilian counter-terror institution –has set up a special task force at its headquarters.

Ghani revealed this while briefing the National Assembly Standing Committee on Interior at the headquarters of National Database Registration Authority (Nadra). The committee met with MNA Rana Shamim Ahmed Khan in the chair and was briefed on the National Action Plan (NAP) by the Nacta chief.

Ghani gave his detailed briefing on the steps taken by the government to chock the terror financing in the country. “The task force on terror financing is regularly coordinating with already set up provincial Counter-Terror FinancingUnits (CTFUs) and other stockholders on the issue,” he said.

Almost six months back, all the provinces established CTFUs on the directions of Nacta. In this regard, the provincial law enforcement agencies are applying and taking steps to chock terror financing in their respective areas.

The Nacta chief, who has recently fought a successful war against a serious ailment, said the authority had also framed a model law for regulation and facilitation of charities as well as to ensure safe charity practices in the country.

The authority had shared the model with all provinces to enact the same in order to stop the collection of donations by illegal entities and misuse of charity; however, charity can be given to deserving people, he said.

Ghani added that the Nacta issued standard operating procedure (SOPs) for strict implementation on the model law, especially during the days of Eid-ul-Azha.

He said other measures to curb terror financing included the policy on branchless banking and obligatory money declaration.

He said the authority had sent a detailed brief to Pakistan’s missions abroad about the steps taken against terrorists and extremists in the country and successes achieved during anti-terror operations.

According to a recent US country report on terrorist attacks in 2015-16, he said, terrorism-related violence in Pakistan declined for the second straight year in 2016. Pakistan ranked 4 among the countries hit most by terror attacks in 2016, while it was third in the same report in 2015, he said.

The countries most heavily suffering from terrorism in 2016 were Iraq, Afghanistan, India, Pakistan, Philippines, Nigeria, Syria, Turkey, Yemen and Somalia.

Talking about the registration and regulation of religious seminaries, Ghani said registration data forms had been finalised in consultation with Ittehad Tanzeem-ul-Madaris Pakistan (ITMP), and the federal and provincial governments, adding that the provinces had started implementation.

The Nacta chief said since the approval of NAP, 416 convicts had been executed, including 383 in Punjab, 18 in Sindh, seven in KP, seven in Balochistan and two in AJK.

Following the recommendations of apex committees and Ministry of Interior, a total of 190 cases have been transferred to military courts, of which 28 are from Punjab, 30 from Sindh, 86 from Khyber Pakhtunkhwa, 43 from Balochistan and three from Gilgit-Baltistan. The military courts have decided 49 cases while 147 are still under process, he said.

He said in total, 1,352 cases had been registered for hate speech and spreading hate material. These included 958 in Punjab, 106 in Sindh, 191 in Khyber Pakhtunkhwa, 51 in Balochistan, 13 in ICT, 10 in AJK and 24 in Gilgit-Baltistan. The law enforcement agencies also arrested 2,528 people and sealed a total of 70 premises on the above-mentioned charges, Ghani added.

The Nacta chief said 17,746 cases had been registered for misuse of loud speaker and 18,458 people were arrested.

He said since the launch of Karachi operation, target killing incidents had dropped by 97 per cent, murders cases by 87 per cent, terrorism by 98 per cent and robberies by 52 per cent.

Ghani said there was visible improvement in law and order in Punjab as the effective operation had been launched by law enforcement agencies to curb militancy in the province.

About elimination of militant militias in the country, he said law enforcement agencies had arrested 265,193 terror suspects.

He said the last date of the return for the proof of registration card holder was December 31, 2017. The Ministry of Safron in consultation with Nadra had finalized an operation plan for documentation of unregistered Afghan refugees, he said, adding that draft National Refugee Law had been developed and shared with all relevant stakeholders.

A representative of Nadra briefed the committee on the current status of blocked CNICs, while the Ministry of Interior official shared details of the new licence policy and extension of visa policy.

The parliamentary body constituted a sub-committee under the convenorship of MNA Kanwar Naveed Jameel with the ToRs to visit the Central Jail Karachi and probe into the prisoners’ complaints.