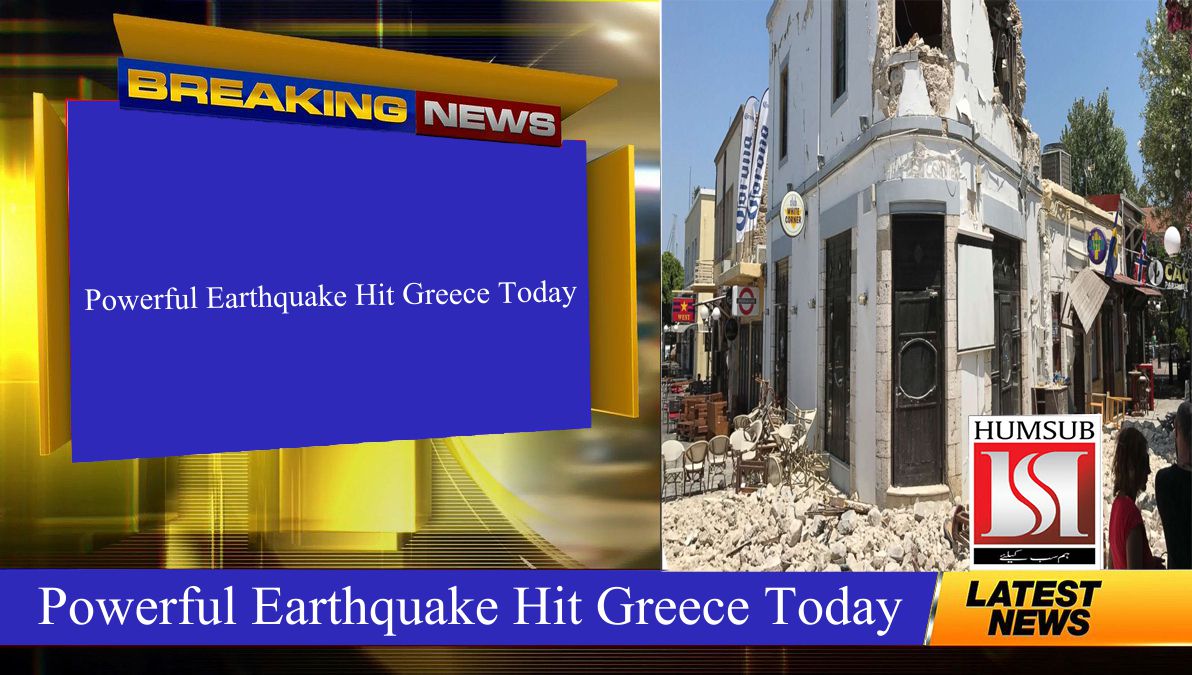 Electricity in the main town, also called Zante, was down while the fire service reported damage to the road network caused by landslides.

It hit off the southern part of the island, also known as Zakynthos, in the Ionian Sea at 1.50 am (2250 GMT Thursday), according to the US Geological Survey (USGS).

The tremor was felt in Athens, the Greek capital, and as far away as Albania, Italy, Libya and Malta.

The epicentre was in the Ionian Sea, about 130km southwest of Patras in the Peloponnese, the USGS said.

It was felt particularly on Zakynthos, was rattled by a series of strong aftershocks, the highest at 5.6, and where power was briefly disrupted.

Three people were taken to hospital, two of them slightly injured, a spokesman for Greece’s civil protection agency told Reuters.

News websites said a 15th-century monastery had been damaged, with one, Zante News Time, displaying images of masonry that had fallen from a building facade and items dislodged from shelves in shops.

“There has been no damage to houses, according to the first reports,” a spokesperson for the fire service told AFP.

A 12th century Byzantine monument on a small island near Zante has been severely damaged, local media reported.

The earthquake was also felt on mainland Greece, including in the western town of Pyrgos. USGS said the quake, which struck at a depth of 16.6 kilometres (10 miles), was preceded by a shake of 5.0 and followed by a series of smaller aftershocks.

It said there was a low likelihood of casualties. Zante, is a popular holiday destination with its own international airport.

Greece lies on major fault lines and is regularly hit by earthquakes, but they rarely cause casualties.

However, in July 2017 a magnitude 6.7 earthquake killed two people on the island of Kos in the Aegean sea, causing significant damage.

Zante island experienced a major earthquake in 1953 of 6.4, killing hundreds of victims and injuring thousands, leaving the island in ruins.