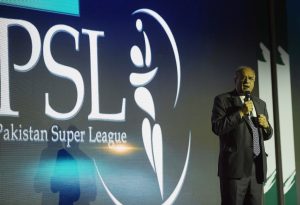 The Pakistan Super League (PSL) launches its third edition in Dubai on Thursday, with a sixth team, more international stars and hopes that the Twenty20 tournament would be staged entirely on home ground in 2019.The decision to stage the three final matches of the PSL in Lahore and Karachi could pave the way for the entire tournament to be staged in Pakistan next year.

The new Multan Sultans and the confirmation of a slew of international greats such as Shane Watson and Brendon McCullum have given a lift to fans eager to forget the last year’s spot-fixing scandal.The Sultans, bought by the Schon Group for $5.2 million  twice the price tag of the previous most expensive team in the franchise, the Karachi Kings are coached by legendary Pakistani paceman Wasim Akram and skippered by Shoaib Malik.