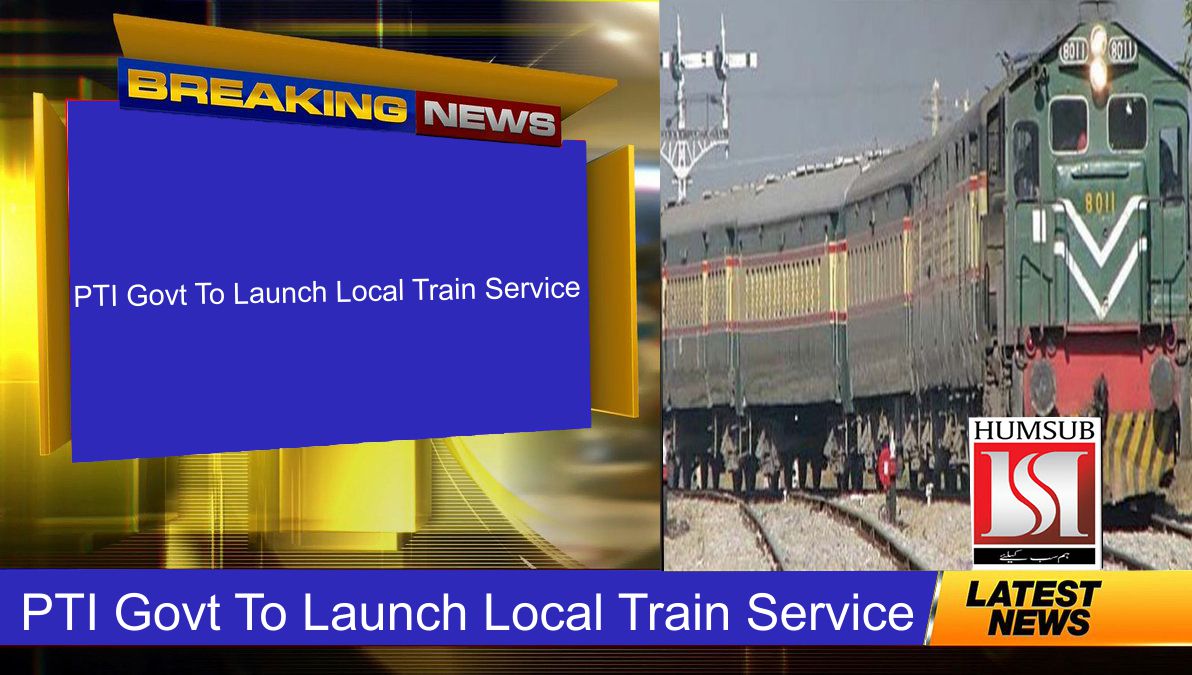 PTI Govt To Launch Local Train Service: Pakistan Railways is all set to launch cheap local train service for the labours of Karachi on the directive of Prime Minister Imran Khan to facilitate the low income people.

“The Prime Minister has fulfilled his promise for labourers to launch the train service which will run between Dhabeji-Landhi and Karachi,” Federal Minister for Railways Sheikh Rashid Ahmed announced on Friday.

Sheikh Rashid said that President Dr Arif Alvi will inaugurate the train on October 31, adding that the basic purpose of the train is to facilitate the labours and overcome the rush on roads of Karachi.

The minister said that this will be the launch of a sixth train within 60 days of the new elected government since assuming office.

“We will fulfill our promise and target for launching 10 new passenger and 15 freight trains in first 100 days of the government,” the minister added.

Sheikh Rashid said that the government will act as per the expectations of the nation and also give job opportunity to 10,000 unemployed on merit in Pakistan Railways.

Sheikh Rashid said that Pakistan Railways is also planning to launch passenger trains from Peshawar-Karachi only for poor oriented.

The minister said that in the next phase, a shuttle train running from Karachi to Hyderabad will also be launched.

Tweep @AhmedAquil wrote: “There is one man who is keeping his head down, mouth zipped and just focusing on the work to achieve the goal for 100 days. This is the Pakistani tiger … Well done Sheikh Rasheed! You are delivering for railways and we are following the changes!”

Another Twitter user @MoulviMahmood added: “Good news for Karachiites! Local train service to be launched in Karachi from October 31. The train will run between Dhabeji [another city in Sindh] and Karachi and it will be a great solution to Karachi’s transport woes. President @ArifAlvi Sahab will inaugurate the train soon. Another promise fulfilled.”