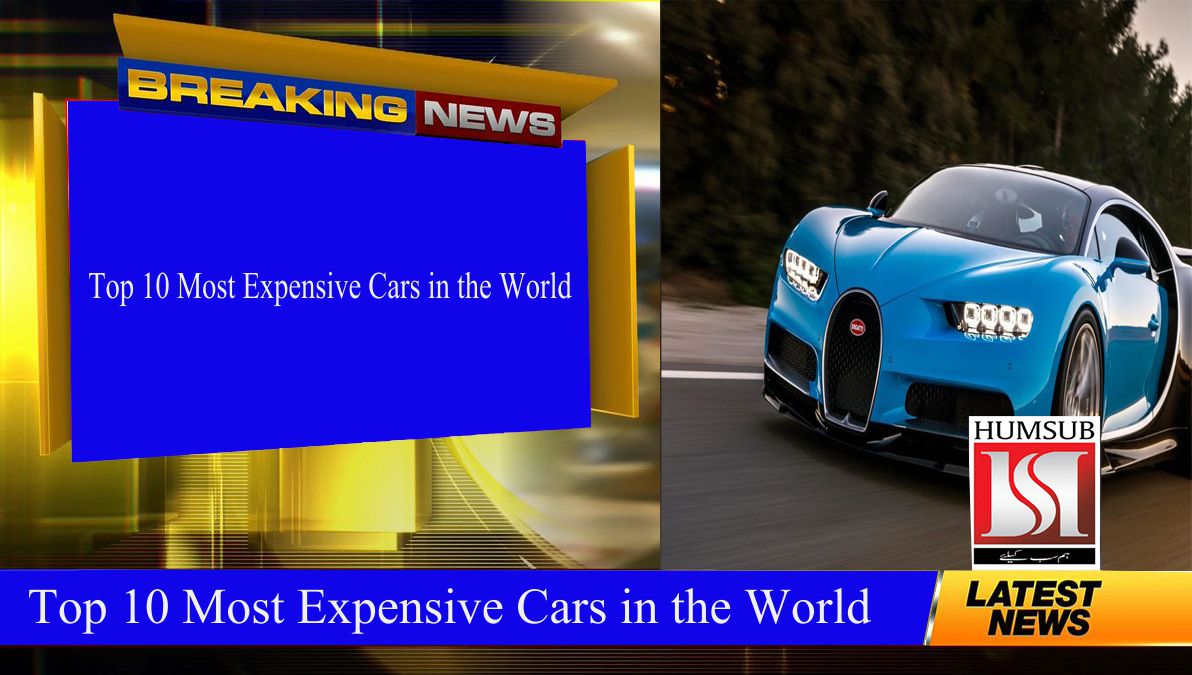 What are they – the most expensive cars in the world? Why do they cost so crazy money and who does drive them? We’ve gathered a collection from 10 most expensive autos all over the world – from Bugatti Chiron with price tag $2,7 million to Rolls Royce Sweptail for $13 million. These rare cars don’t only highlight a status of automotive manufacturers but also are personal cars of some billionaires and celebrities. High cost of cars attracts the attention of the public by itself – only very rich customers can have such a vehicle without any problems.

A car is not just a mode of conveyance, but also a piece of art cherished, often decades after its production. Big names like Lamborghini, Aston Martin and of course, Rolls Royce often come at very high prices and are only meant for rich collectors as many of them are often sold out before they reach the public. While most of the cars listed here are wildly out of the reach for most, it is a sheer pleasure just to look at them. However, it is often difficult to prepare such a list because the manufacturers often keep the price under the wraps and preserve them for potential customers only. And it so happens that when they end up in auctions, their prices are set way above the original. So here you go with the most expensive luxury cars of 2018 existing at present.

Heirs to the Veyron supercars, Bugati’s latest is quite high-priced and starts at around $2.7 million based on the present exchange rates. However, prices are expected to reach $3 million in the least, long before it hits the market. Touted as the ‘world’s most powerful, fastest, most luxurious and most exclusive production super sports car’ by the manufacturers, it is the vision of former VW czar Ferdinand Piech, who demanded the fastest cars from Bugatti. So now here is a car handmade in an atelier, faster, more advanced and more powerful than the Veyron. It is a fine example of the collusion of aerospace and automotive engineering to produce a classic device that could give a speed of 268 mph. The 8.0 liter turbo-charged W-16, 1,500-horsepower engine is actually 300 more than the Super Sport, the fastest Veyron model. While its top speed has been limited to 261 mph on the road, its actual top speed is yet to be tested.