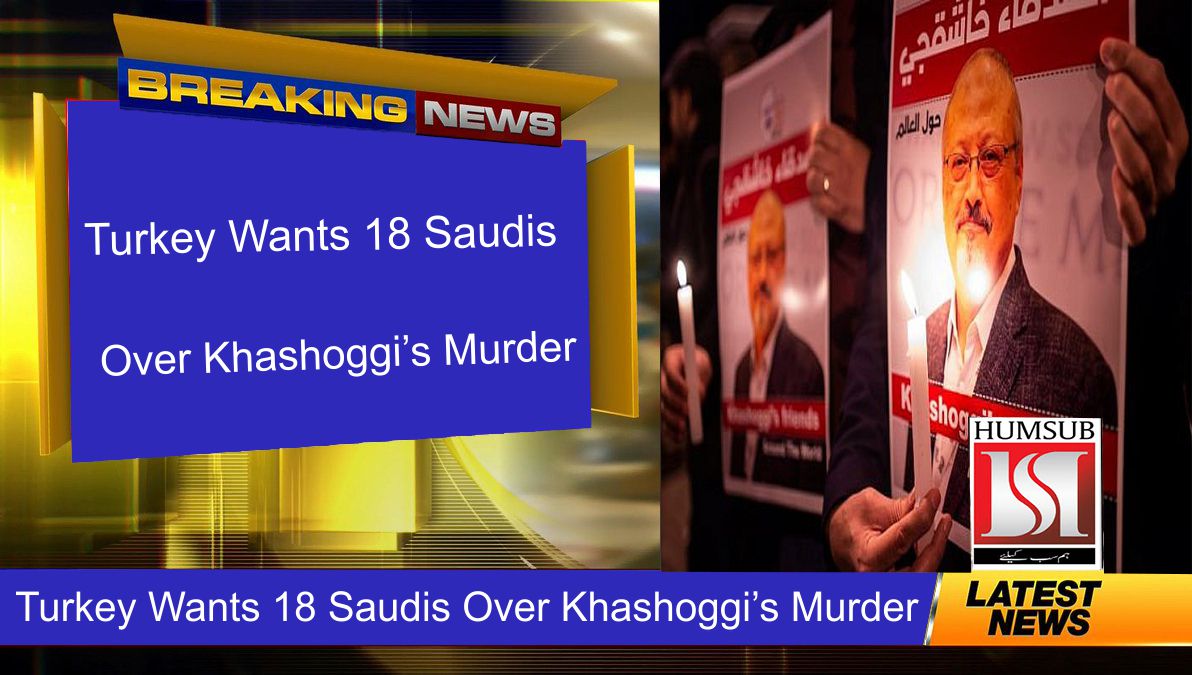 Turkey Wants 18 Saudis Over Khashoggi’s Murder: Turkish prosecutors have prepared an extradition request for 18 suspects from Saudi Arabia in the killing of journalist Jamal Khashoggi, authorities said after President Tayyip Erdogan urged Riyadh to disclose who ordered the murder.

Erdogan has in recent days stepped up pressure on Saudi Arabia to come clean in the case, and Western governments have also voiced increasing scepticism, pitching the world’s top oil exporter and a pivotal Middle East ally into a worsening crisis.

Erdogan said Turkey had more information than it had shared so far about the killing of Khashoggi, a Saudi national and Washington Post columnist who was killed at the Saudi consulate in Istanbul on Oct 2.

Khashoggi, who lived in the United States, was a critic of Crown Prince Mohammed bin Salman, the kingdom’s de facto ruler.

Saudi Arabia’s public prosecutor on Thursday said the killing of Khashoggi was premeditated, contradicting a previous official statement that it happened accidentally during a tussle in the consulate. Riyadh’s numerous shifting accounts of the killing have undermined Prince Mohammed’s stance in the West.

Turkish prosecutors seeking the extradition accuse the 18 of”murder by premeditation, monstrous intent or by torture”. Riyadh previously arrested the 18 as part of its investigation into the case. Those include a 15-man security team that Turkey says flew in hours before the killing and carried it out.

“Who gave this order?” Erdogan said in a speech to members of his AK Party in Ankara. “Who gave the order for 15 people to come to Turkey?” he said.

Saudi officials initially denied having anything to do with Khashoggi’s disappearance after he entered the consulate, which he had visited to obtain paperwork for a planned marriage.

“The reasoning behind the extradition request is that Jamal Khashoggi was murdered in Turkey by Saudi nationals who travelled to Turkey for this specific purpose,” a senior Turkish official said.

“It is clear that the judicial system in Turkey is better equipped to genuinely serve the cause of justice in this case.”