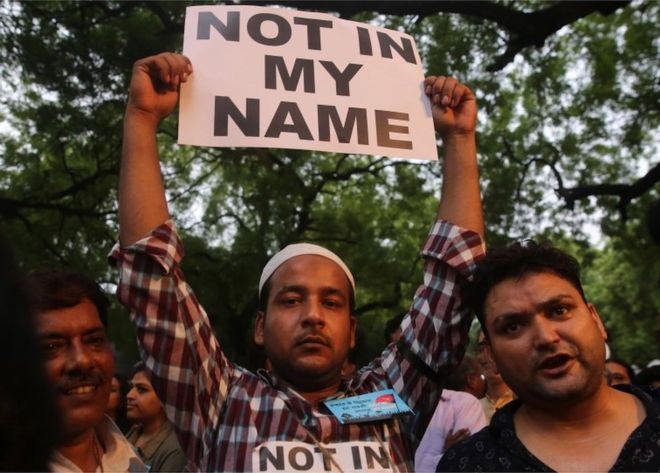 Last month Prime Minister Narendra Modi said murder in the name of cow protection is “not acceptable”. Hours after his comments, a Muslim man was reportedly killed by a mob who accused him of transporting beef in his car.

Under Mr Modi’s Hindu nationalist BJP, the cow has become a polarising animal and religious divisions are widening. Restrictions on the sale and slaughter of cows are fanning confusion and vigilantism.

The recent spate of lynchings in India have disturbed many. Muslim men have been murdered by Hindu mobs, mostly in BJP-ruled states, for allegedly storing beef and, in one case for helping a mixed-faith couple elope. 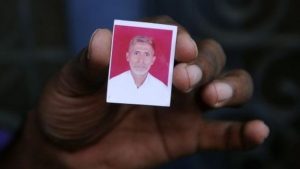 Using data gleaned from news reports, some have argued that such hate crimes have increased since Mr Modi’s Bharatiya Janata Party (BJP) government came to power. Party chief Amit Shah has rejected such assertions, saying there were more incidents of lynchings when the previous Congress government was in power.

When a prominent journalist said India was becoming a “lynchocracy”, critics immediately took to social media to say that India had a long history of mob and religious violence and liberals were exaggerating the import of the recent murders.

A BJP MP and columnist wrote that there was a “streak of underlying violence in India’s public culture”, and since Independence, “political violence has been supplemented by flashes of mob violence aimed at either settling scores or securing justice”.

I spoke to Sanjay Subrahmanyam, one of India’s most distinguished and provocative historians, on the cultural history of violence in India. He told me it would be useful to distinguish between three acts of violence: pogroms (violent riots aimed at the massacre or persecution of an ethnic or religious group), mob violence and killings to defend social norms.

During a pogrom, he said, “a majority community targets a minority, and the violence takes place on a sizeable scale, in an orgiastic mode”.

“These are also usually repeated incidents. They often are based on systematic mobilisation, as well as systematic targeting. We all know the prominent instances in India. (The anti-Sikh riots in 1984, or the 2002 anti-Muslim riots in Gujarat, for example.) Often, the forces of law and order have a part, either active or passive.”

Mob violence, DrSubrahmanyam says, usually comprise acts on a small scale, which claim to deliver vigilante justice, because the forces of law are feeble and undependable.

“These are your thieves and robbers, or even sometimes when a car accident happens, a crowd gathers, and lynches the driver. Essentially, this is because of the perceived weakness of the law to deliver what it promises.”

“I suspect, but cannot prove, that the kind of people who lead these acts are pathological, and enjoy the sense of power it gives them. I don’t believe a psychologically normal person can lead such a mob, though they can be caught up in it willy-nilly.”

The third kind of violent crime is what is worrying many in India today.

“The third kind is where a group believes that certain conservative social norms must be defended, even though they are in contradiction with the law. That is, these are people who know that what they are doing is illegal, but still feel it is righteous,” says DrSubrahmanyam, who teaches in the US and France.

“This was the case with the lynching of young black people in the US, killings of young couples who transgress caste boundaries in India, the killing of women branded as ‘witches’, and now the killing of those who are on the wrong side of the beef question.”

“Essentially, these killings are on a small scale compared to pogroms. They have a strong symbolic and even ritual content, and are meant to create fear and thus reinforce the conservative norms.”

“What is happening in India is that the federal government and some state governments are turning a blind eye to these, or enabling them. Of course, this directly undermines the rule of law.”

DrSubrahmanyam believes such violence is happening, in part, because there is a political party, and a set of militant Hindu groups like the RashtriyaSwayamsevakSangh, Bajrang Dal, Vishwa Hindu Parishad “who are operating in society to defend these kinds of norms. The same kinds of entities exist in many Muslim societies, and also act in this way”.

DrSubrahmanyam says it is very difficult to end this violence, “because it is sporadic and unsystematic. It can only be done by increasing social confidence in the law and due process”.

The violence, he adds, can be tackled “essentially by enforcing the law, and delivering exemplary punishments to perpetrators because these are systematic forms of violence, and one can identify and keep an eye on the types of organisations that produce them”.

“But the question remains: who shall guard the guardians?”