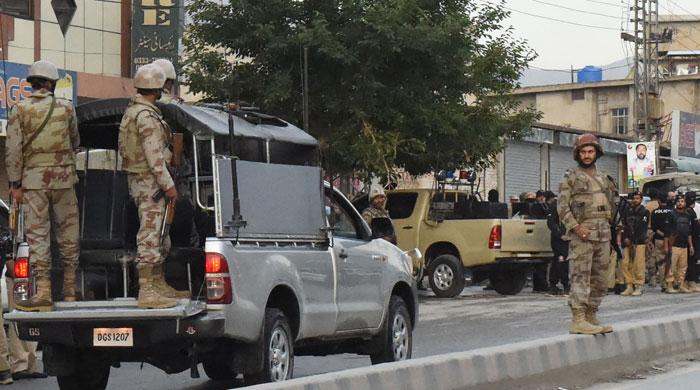 An improvised-device explosion struck security forces’ vehicle in Quetta on Wednesday and injured at least three Frontier Constabulary (FC) personnel and one Balochistan Constabulary (BC) officer.

According to preliminary reports, the remote control bomb was planted at Sariab Road that exploded when FC’s vehicle was on patrolling.

Security forces cordoned off the area and launched probe.