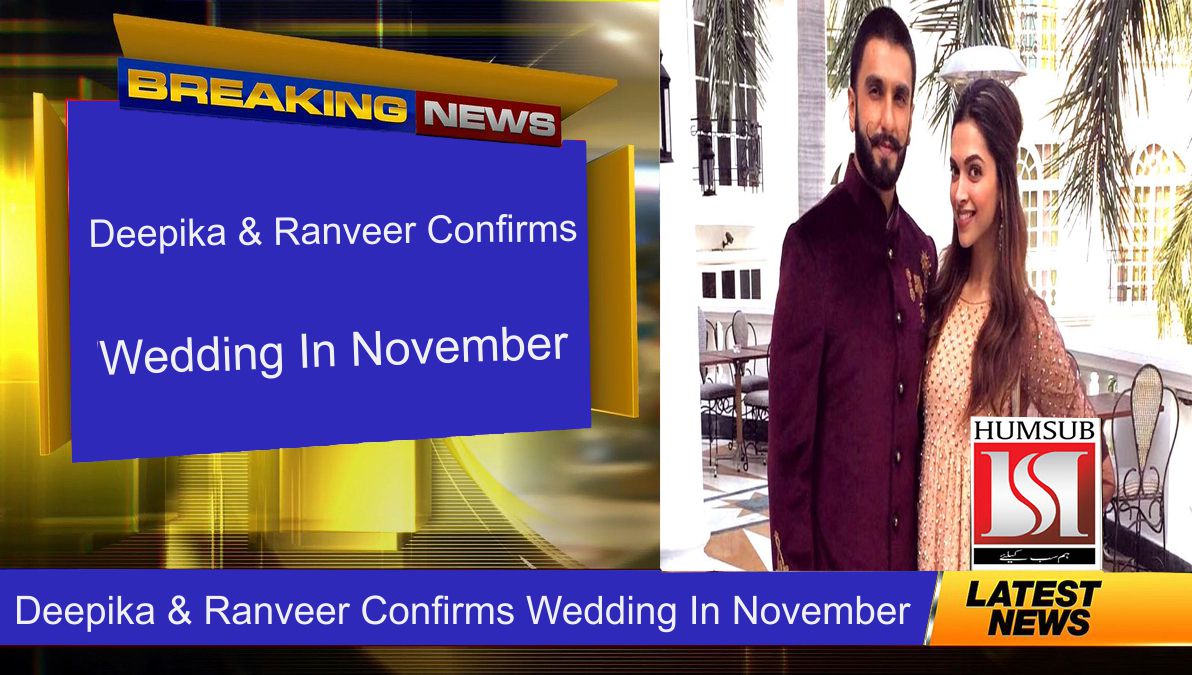 Deepika & Ranveer Confirms Wedding In November: “With the blessings of our families, gives us immense joy in sharing that our wedding is set to take place on the 14th and 15th of November, 2018,” they wrote.

Ranveer and Deepika are said to have started dating on the sets of Sanjay Leela Bhansali’s Ramleela. They have appeared in many blockbusters together, including Bajirao Mastani and Padmaavat.

The rumours of their wedding gained steam when they were recently spotted in Italy together, presumed to be location hunting for the wedding.

The pair, which has remained tight-lipped about the relationship, shared the announcement on Twitter, after months of speculation.

The couple has been in a steady relationship for almost six years and are reported to tie the knot next month.

While many dates have been reported by various media portals, the latest report suggests that Ranveer Singh and Deepika Padukone will get married on November 10 at the picturesque Lake Como in Italy.

A source has informed Filmfare that the couple will have four grand functions including the wedding.

“Both Ranveer and Deepika are extremely private but that doesn’t stop them from having a lavish wedding. As per Hindu rituals, the two of them will have four festivities including the main wedding. All the ceremonies will be away from the media glare, keeping it a classy and intimate affair,” the source said.

As per the report, wedding preparations are on in full swing and will be a private affair with only close friends and family in attendance. Guests are also requested to not use cellphones during the wedding festivities.

Ranveer Singh has been busy in the shoot of his film Simmba which will reportedly wrap before the big day. His home is also getting renovated and his mother and Deepika are overseeing the renovation work.

The couple attended a summit recently and were asked about their wedding, but dodged the question that they are already been engaged and married multiple times by the media.