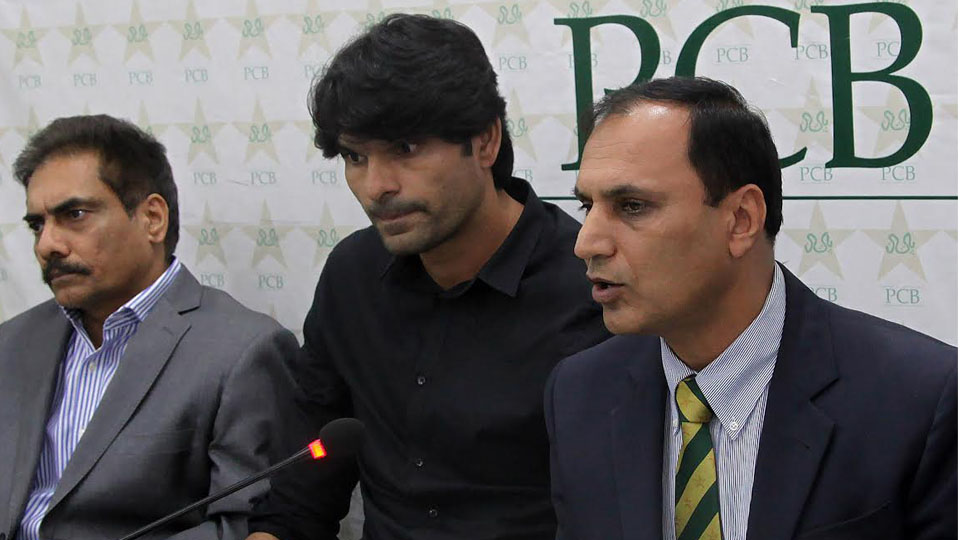 A top Pakistan cricket official on Thursday defended a one-year ban for fast bowler Mohammad Irfan, saying there will be zero tolerance on corruption in the sport.

Irfan, 34, is the first casualty of the spot-fixing case which surfaced during the Pakistan Super League (PSL) held in February-March this year.

Irfan, the tallest-ever international cricketer at over seven feet, was also fined one million rupees (10,000 dollars) for an “agreed sanction” after he confessed to the charges.

Irfan’s ban includes six months suspended and if he co-operates with authorities he can return to international cricket, a sentence which come former players and experts believe too lenient.

But PSL chairman Najam Sethi said the rules were followed in handing down punishment to Irfan.

“Irfan has been punished according to the rules in the code that are in some ways stricter than even ICC (International Cricket Council) rules,” Sethi told AFP.

Under the Pakistan Cricket Board (PCB) anti-corruption code the punishment for “not reporting an offer” is from six months to a life ban.

A two-member delegation of the PCB will go to England next month to question Jamshed, who allegedly played the “go between” role between the players and a bookie.

Jamshed and an unnamed person were arrested by Britain’s National Crime Agency last month before they were released on bail.

“We shall show zero tolerance for such corrupt activities and will continue to monitor players’ conduct on and off the field,” said Sethi, who is also the chairman of PCB’s executive committee.

Pakistan has been rocked by match fixing allegations since 1995 when Shane Warne, Tim May and Mark Waugh alleged then-captain Salim Malik of offered them a bribe to underperform on Australia’s tour.

That formed the basis of a judicial enquiry between 1998 to 2000, resulting in life bans on Malik and Ata-ur Rehman and fines on Wasim Akram, Waqar Younis, Mushtaq Ahmed, Inzamam-ul-Haq, Saeed Anwar and Akram Raza.

Another spot-fixing scandal during Pakistan’s tour of England in 2010 ended in five year bans and jail terms for Salman Butt, Mohammad Amir and Mohammad Asif.

Pakistan’s leg-spinner Danish Kaneria was also banned for life in 2012 for his role in a spot-fixing case.