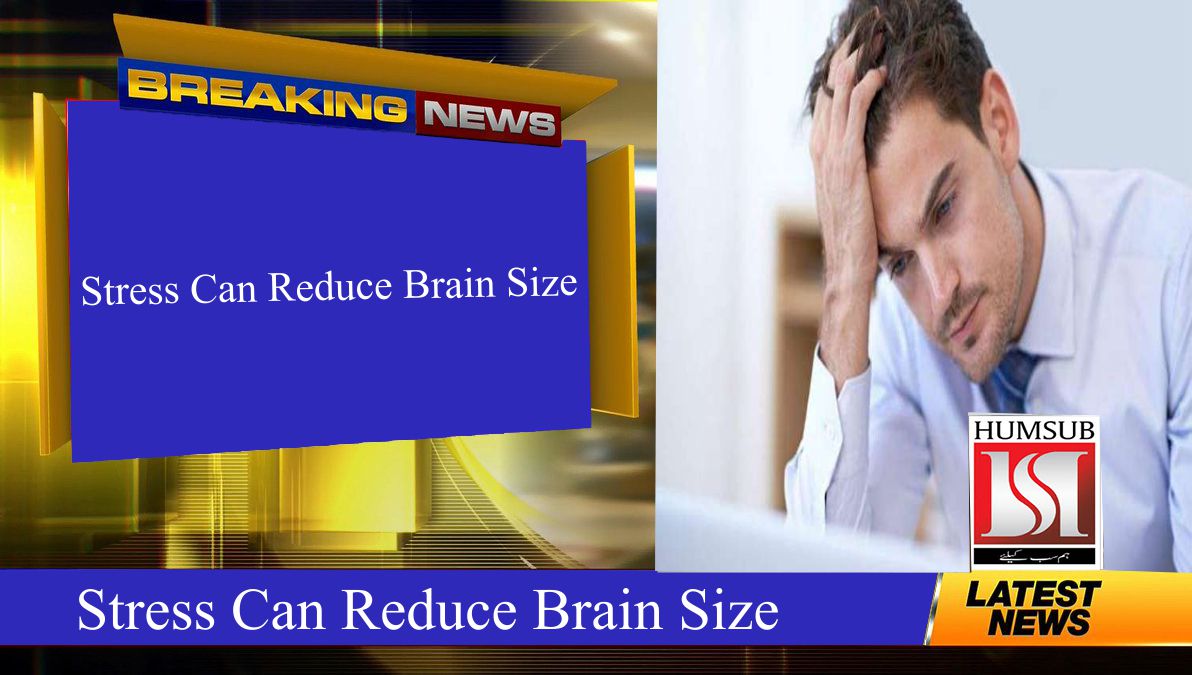 Stress Can Reduce Brain Size: People more stressed out during middle-age are more likely to suffer memory loss and have a reduced brain size, researchers said. The study found that people with higher levels of cortisol — a hormone linked to stress — performed worse on memory and other cognitive tasks than peers of the same age with average cortisol levels.

The higher cortisol in the blood was also associated with smaller brain volumes.

“Cortisol affects many different functions, so it is important to fully investigate how high levels of the hormone may affect the brain,” said lead author Justin B. Echouffo-Tcheugui, from the Harvard University.

“Memory loss and brain shrinkage were found in the study’s middle-age participants before the onset of any symptoms,” Echouffo-Tcheugui added.

For the study, reported in the journal Neurology, the team included over 2,000 adults in their 40s and 50s, who were then examined for fasting blood cortisol levels and brain volume, as well as memory and thinking skills.

“In our quest to understand cognitive ageing, one of the factors attracting significant interest and concern is the increasing stress of modern life,” said Sudha Seshadri, Professor at University of Texas.

“One of the things we know in animals is that stress can lead to cognitive decline. “In this study, higher morning cortisol levels in a large sample of people were associated with worse brain structure and cognition,” Seshadri said.

The researchers suggested that it is important for physicians to counsel people with higher cortisol levels on ways to reduce stress, such as getting enough sleep and engaging in moderate exercise.

The team asked whether having APOE4, a genetic risk factor for cardiovascular disease and Alzheimer’s disease, might be associated with higher cortisol level.