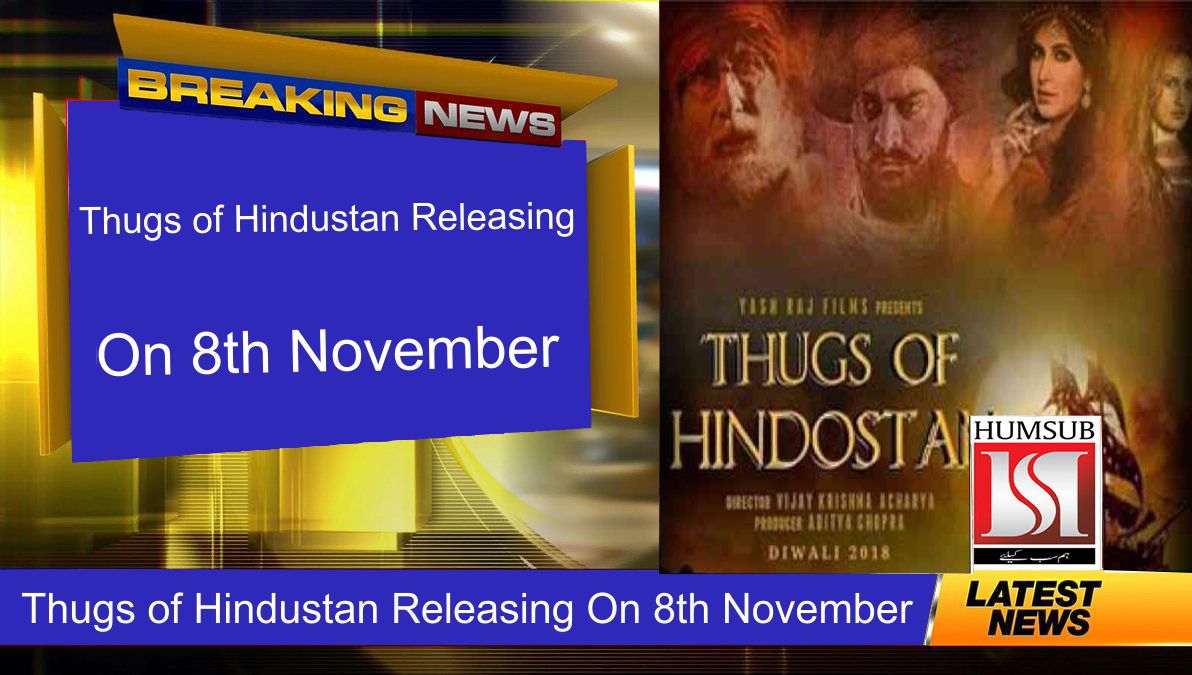 Thugs of Hindustan Releasing On 8th November: Cinema owners across Pakistan are busy preparing promotional campaigns for the upcoming Bollywood release, Thugs of Hindostan. The film is set to hit theatres on November 8, 2018.

Stakeholders are hoping for the best, expecting the Aamir Khan-starrer to bring in great revenue and maybe even surpass the profit garnered from Rajkumar Hirani’s Sanju. The blockbuster managed to rake in around Rs350 million in Pakistan.

The official also revealed that they decided to purchase this film after witnessing the success of the Sanjay Dutt biopic. “Although we have had a lot of Indian films release in Pakistan since Sanju, including Dhadak, Andhadhun, Namaste England, Helicopter Ella, and Badhai Ho; the revenue garnered has been average. We are hoping to see Thugs of Hindostan match Sanju‘s success, if not exceed it. Films like these are necessary so our cinema industry can flourish.”

Soon after distributors purchased the film, cinema owners commenced preparations for the release. Promotional campaigns are in full swing, including those on social media. During one of the events, cinema owners revealed that one of the film’s songs, titled Vashmalle, features Balochi lyrics. The track has proven to be very popular amongst audiences since its release.

Produced by Aditya Chopra, Thugs of Hindostan is helmed by Vijay Krishna Acharya. The cast entails the likes of  Amitabh Bachchan, Katrina Kaif and Fatima Sana Sheikh among Khan.

Bachchan will be seen in the role of Khuda Baksh Azaad – the commander of the ‘thugs’. The film’s plot is based on Philip Meadows Taylors 1839 novel, titled Confessions of a Thug. It revolves around the story of a thug named Ameer Ali and his gang whose nefarious ways pose a serious challenge to the British Empire in 18th century India.

The insider further shared that the distributors will be submitting an application to the Central Board of Film Censors. The film will also go for clearance to the Punjab and Sindh censor boards next week. Nonetheless, they believe they have nothing to worry about. “According to our negotiation with the producers, there is nothing objectionable in the film. Thus, we are hopeful we will get the clearness certificate,” the source added.