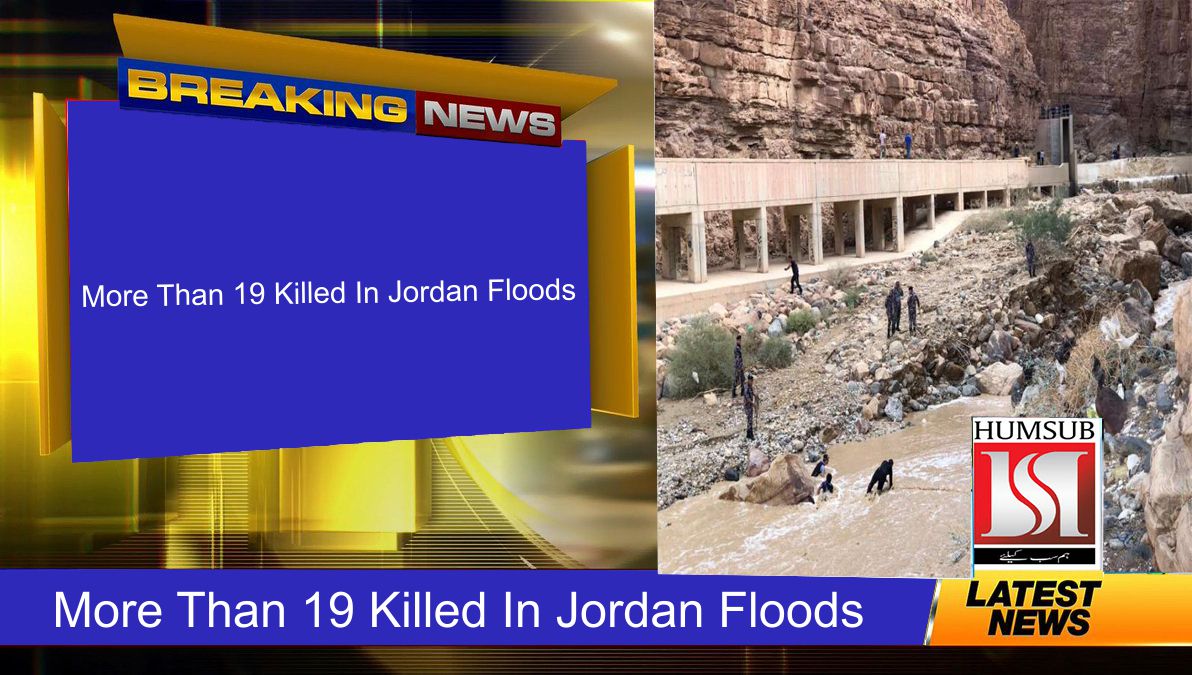 More Than 19 Killed In Jordan Floods

More Than 19 Killed In Jordan Floods: The death toll from flash floods in Jordan’s Dead Sea area has risen to at least 21, according to the country’s civil defence, as search and rescue operations continued for a second day.

The victims were mostly schoolchildren from the capital, Amman, who were visiting the area on a field trip, Petra news agency reported.

They were swept away when a heavy downpour on Thursday sent flash floods towards the area where the students and other picnickers were sitting.

At least 35 people were injured and a nearby bridge also collapsed, according to local media reports.

Jordanian civil defence said in a statement that some people are still unaccounted for, raising fears that the death toll could rise.

Doctor Mahmoud Zureigat, general manager of al-Basheer public hospital in Amman where the victims were transported, said the dead arrived with severe injuries to their bodies.

“Though the final cause of death was drowning, all of the victims however suffered from broken bones and other injuries because they were hit by huge boulders as they were being swept away by the flash flood,” he told Al Jazeera.

Zureigat said almost all of the dead have been claimed by their families.

Jordanian Prime Minister Omar al-Razzaz was on the scene to oversee the rescue mission on Friday. He said he would form a fact-finding committee to investigate the circumstances of the deaths, according to Petra.

For his part, King Abdullah II cancelled a trip to Bahrain to follow the rescue operations, ordered flags to be lowered to half-mast and announced a three-day mourning period.

“My sorrow and pain are severe and great, and I am only as angry with all those who failed to take action that could have prevented this painful incident,” he said.