Tom Cruise Plans To Fly With Falcons of UAE 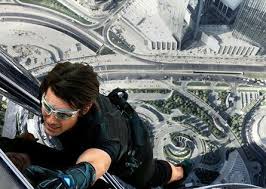 Tom Cruise Plans To Fly With Falcons of UAE

Tom Cruise Plans To Fly With Falcons of UAE: Tom while on his visit to UAE for MI6 shoot thanked the people of Abu Dhabi for the amazing help and cooperation. He tweeted that their filming continues to be a wonderful experience.

Tom was seen posing in front of a Falcon Aviation helicopter. He superbly climbed the Burj Khalifa in Dubai for Mission Impossible: Ghost Protocol (MI4) in 2010.

Media personality of Dubai, Ahmad Al Shaikh, said that Tom was the first actor to bring a big motion picture to be filmed in the UAE. He has expressed his will about the best ways of making the UAE a hotspot and a magnet for global filmmaking. The Abu Dhabi Film Commission offers a 30 % cash rebate to productions. Fast & Furious 7 and Star Wars: The Force Awakens both filmed partially in Abu Dhabi.

Top Gun star, Tom Cruise is shooting his upcoming film Mission Impossible Fallout (MI6). MI6 is set to release in July 2018. Following the shoot with Falcon Aviation, provider of luxurious helicopters and corporate jets, the actor plans to fly with Falcons of UAE as a tourist. Aviation officers told that Tom is full of smiles and really honest. He shook hands with people and proves to be one nice and amazing person.