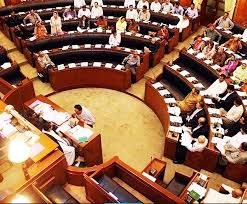 The governing party in Sindh Pakistan People’s Party PPP, based on its numeric strength, managed to get passed a controversial bill authorizing the chief minister of Sindh to control the public sector universities in the province instead of the Sindh governor.

Sindh Universities and Institutes Laws Bill 2018 has been amended through which Acts of 24 universities got modified, disabling the Sindh governor will no longer be able to keep the controls of the public sector universities since all powers have been given to the Chief Minister Sindh.

All opposition groups in the Sindh Assembly the Muttahida Qaumi Movement MQM, the Pak Sarzameen Party (PSP), the Pakistan Tehreek-i-Insaf (PTI), Pakistan Muslim League-Functional (PML-F) have not accepted the amendment in the bill. Leader of the Opposition Khwaja Izhar-ul-Hassan told the media outside the Sindh Assembly that the opposition would challenge the bill in court. He told to media sources that there was no quorum in the house when the bill was taken up for consideration, as only 28 MPAs were present.

PPP legislators also passed two more bills namely” The Sohail University Bill, 2017” by Mr Khuhro, who is the parliamentary affairs minister,  on higher technical education and research, school education (up to matriculation) and special education on the government bill No 2 of 2018  and “The University of Modern Sciences, Tando Muhammad Khan (TMK) Bill, 2017” without any difficulty. TM Khan University would benefit youths of districts of Thatta, Badin, Umerkot, Mirpurkhas and other parts. Deputy Speaker Syeda Shehla Raza, pursued the judgment from the house during the clause-by-clause reading by Senior Minister Nisar Khuhro.

Minister Khuhro while speaking on the general principles said that it was a matter of great pleasure that the university was being established in a rural area like Tando Muhammad Khan to facilitate our youths as the higher education is the need of the hour to address the declining situation of education in Sindh.