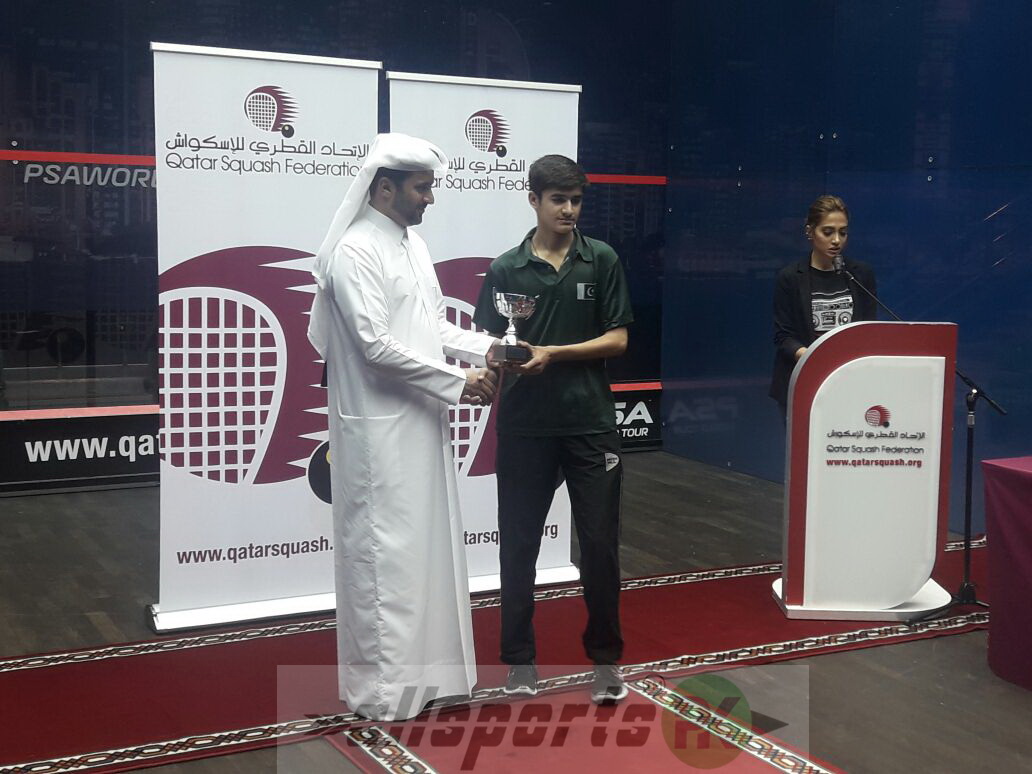 World Junior Squash championships are the official junior tournament in the game of squash led by the World Squash Federation (WSF). On 9th April 1984, the Qatar Tennis Federation (QTF) was established and His Excellency Dr. Issa Ghanem Al -Kuwari became the first President of the Federation. In 1992, the ultra-modern Khalifa International Tennis Complex in Doha was inaugurated by HH Sheikh Hamad bin Khalifa Al Thani. Squash in various forms has been played for over 140 years. It is now played in more than 185 Countries worldwide.

Pakistan Squash Federation (PSF) the National governing body for Squash in Pakistan was established in 1950. It is working mainly on junior players knowing the fact that the federation can only get quality players by working on grassroots level. Pakistan’s senior players have done wonders for the last two decades.

PSF in a wake of producing world outclassed junior players have hired the best available coaches, trainers and provided every possible facility and international exposure to the youngsters and the results are evident now in the Doha Junior Squash Championship.

The competition included players from Pakistan, India, Qatar, Egypt, Malaysia, Jordan, Ireland, US and Iran. In the Under-13 final, Mohammad Ammad of Pakistan defeated his opponent Usman Nadeem 11-7, 6-11, 11-4, 11-6.

In Under-17 & Under-19, Farhan Hashmi and Abbas Zeb respectively won their

Saad Al Mohannadi, president of the Qatar Squash Federation, awarded trophies to the winners, at the Khalifa International Tennis and Squash Complex Doha.