A decade into drug gang fight, Mexican army pushes to return to base 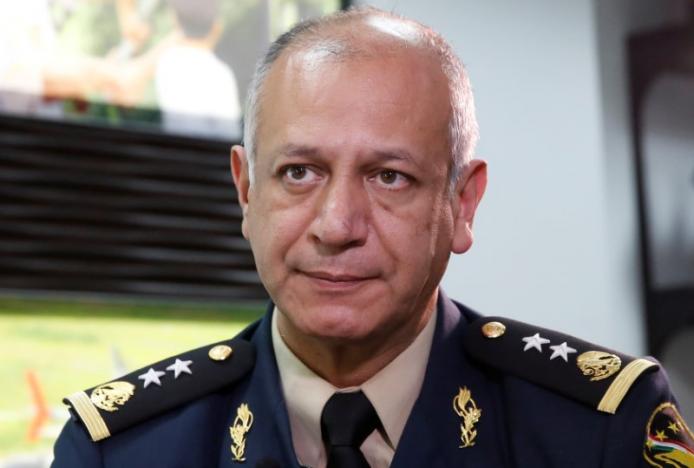 A decade into drug gang fight, Mexican army pushes to return to base

A decade into drug gang fight, Mexican army pushes to return to base: After more than a decade on the streets of Mexico battling ruthless drug cartels, the nation’s battered armed forces have thrown their weight behind a law that would force them to return to barracks and put the fight back in the hands of the police.

Since former President Felipe Calderon sent out the army to bring the gangs to heel at the end of 2006, about 150,000 people have died in the violence, including hundreds of soldiers as well as scores of police and members of other security forces.

The bloody struggle has also taken a heavy toll on the reputation of the armed forces, exposing one of Mexico’s most respected institutions to the corrupting influence of organized crime and the risk of extrajudicial killings.

General Alejandro Ramos Flores, head of the defense ministry’s legal department, told Reuters in an interview that a bill currently in congress known as the Law of Internal Security would oblige civilian authorities to retake control of fighting organized crime.

President Enrique Pena Nieto replaced Calderon in December 2012, vowing to return the military to base, but it has remained stuck in the struggle without any strict legal formalization of the division of responsibilities between the various forces.

Speaking on condition of anonymity, an army source said on occasion the armed forces would arrest suspects only to have civilian authorities such as local police or prosecutors fail to appear or release them.

More damaging have been accusations that Mexican soldiers have acted outside the law, often with impunity, to kill suspects, eroding public support for the army.

This week Pena Nieto and the defense ministry called for an investigation into a video apparently showing a soldier shooting dead a prone man at point blank range following a clash with suspected criminals in the state of Puebla.

Two shootouts between federal security forces and suspected gang members in 2014 and 2015 that took more than 60 lives prompted accusations by human rights groups that federal forces had carried out extrajudicial killings.

And questions continue to dog the army over its failure to prevent the abduction and apparent massacre of 43 trainee teachers by corrupt police and local gangsters in the southwestern city of Iguala in September 2014.

The government strongly disputed a report this week that said Mexico had the second-highest number of murders last year among countries considered in “armed conflicts.”

Mexico said its drug fight was not an armed conflict, that the 2016 violence numbers were not final and challenged the report’s methodology, saying that per capita other countries in Latin America had far higher murder rates.

In December, General Salvador Cienfuegos, Mexico’s minister of defense, declared that fighting the drug war had pulled the Mexican military away from its core functions.