About 200 inmates break out of Indonesian jail 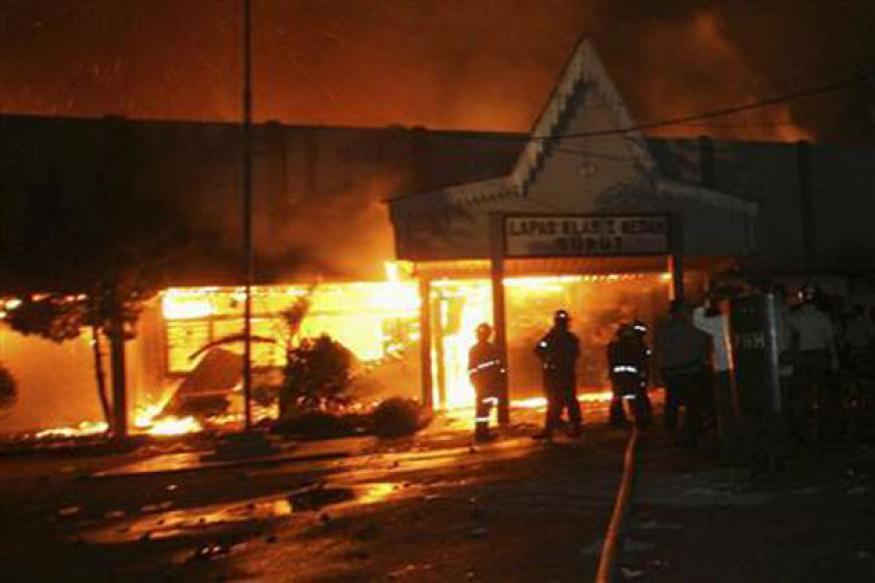 About 200 inmates break out of Indonesian jail

About 200 inmates break out of Indonesian jail: About 200 prisoners in Indonesia broke out of an overcrowded jail on Sumatra island on Friday, tearing down a gate near a mosque in the prison complex after being allowed out of their cells to pray, officials said.

Inmates had complained about their treatment in the jail in Pekanbaru, Riau province, and accused some guards of being violent, said Ferdinand Siagian, head of the regional office of the Law Ministry.

Guntur Aryo Tejo, a Riau police spokesman, said 77 inmates had been recaptured of the approximately 200 who had escaped. Television footage showed a police officer in black riot gear holding one man in a headlock.

The jail has a capacity of up to 700 inmates but was housing about 1,800 prisoners, Tedjo told Metro TV.