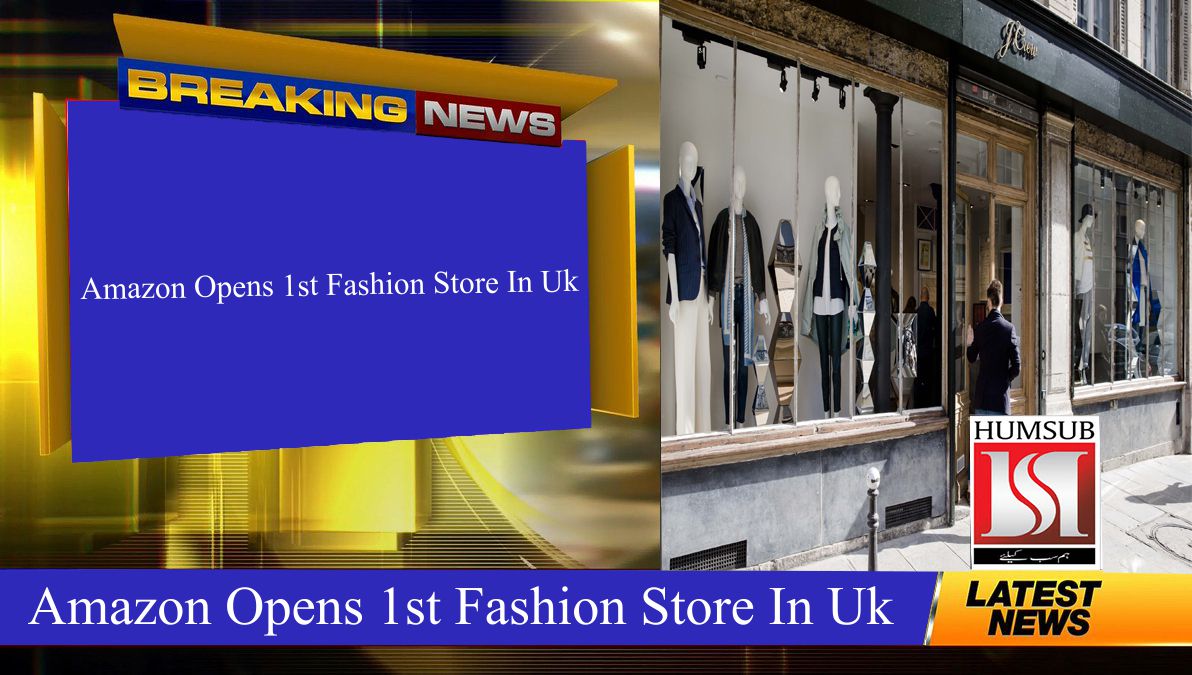 Amazon Opens First Fashion Store In UK: Amazon has opened its first British fashion store, in the form of a central London pop-up where the retailer is seeking shoppers’ views on its clothing ranges, prices and store experience.

The Baker Street pop-up is the first of its kind in Europe. It will be open for a week, during which time it will host events including denim customisation by Pepe Jeans, beauty trend discussions with Vogue’s Jessica Diner, yoga sessions from Deliciously Ella founder Ella Mills and live music from singer-songwriters Tom Grennan and Nao.

“This is a big learning experience for us to understand how Amazon fashion translates in physical retail,” said Harriet Oakman of Amazon’s UK fashion business.

She said Amazon did not comment on its future plans but added: “Never say never on physical fashion stores. We are always looking for what is the next best thing for the customer and to give them what they want. We will see what the future holds.”

The fashion products on sale at the pop-up will change every two days but include a mix of Amazon’s own labels, such as Truth & Fable, Find and Meraki, as well as brands ranging from Calvin Klein to New Look.

Shoppers can buy goods in the store and take them away in the traditional way or scan codes on product tags with Amazon’s mobile phone app or use in-store tablets to order for home delivery.

Oakman said the company would be handing out questionnaires to shoppers in the store to gauge their response.

The venture comes about a year after Amazon opened a guerrilla store in London for the Black Friday sale event, where it showcased bestsellers in mock room sets and offered tutorials from social media influencers Lottie Tomlinson and Gizzi Erskine.

Amazon has a number of permanent food shops after buying the organic grocery specialist Whole Foods Market, which has thousands of stores in the US and seven in the UK. In the US, Amazon is also experimenting with high street bookstores and Amazon Go automated grocery stores, both of which are expected to be trialled in the UK in future.

The retailer marked out fashion as a key growth area in the UK, along with grocery and devices such as Amazon Echo.

Oakman said: “We know with fashion, customers love to touch and feel the product. We are definitely an e-commerce brand and that is a part of everything we do, but we are experimenting and trying new things. The pop-ups we have done before have been really successful and we were ready to try it for fashion. It really is a test.”