May 13, 2018 Ban On Indian Dramas Urged By Pakistani Artists 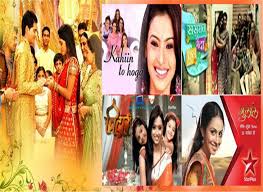 The actors had their maiden appearance at the top court on Saturday.

The actors had their first hearing at the Supreme Court. The veteran drama actor, Samina revealed to the press, “The Chief Justice of Pakistan (CJP) Mian Saqib Nisar has asked us to submit an application and we will soon be given a new date for the next hearing, assuring course of action to be taken.”

Faysal Qureshi added that “Our soldiers are fighting for us at the border. We’re in a state of war with India. Many mothers, daughters have come to me, asking why we have allowed Indian content on television when it’s the Indians who kill their sons, our sons. I have no response. I’m too embarrassed to say anything” .

Adnan Siddiqui who has worked with Indian actors such as Nawazuddin Siddiqui, Sridevi, Akshaye Khanna, said, “We have to admit that whatever we are today, wherever we are, it’s all because of television. We are not here for a particular channel; we are against the content that is being aired. Many people are unemployed because of the Indian, American content.”

Ejaz Aslam added, “Because of the international content, more than 50,000 films are getting affected. There should be a quota, a proper one, to air let’s say, only 10% of foreign content.”

The Chief Justice of Pakistan (CJP) took notice of the petition, asking actors to file an application for the petition.

The apex court has issued notices to Pemra and relevant TV channels.