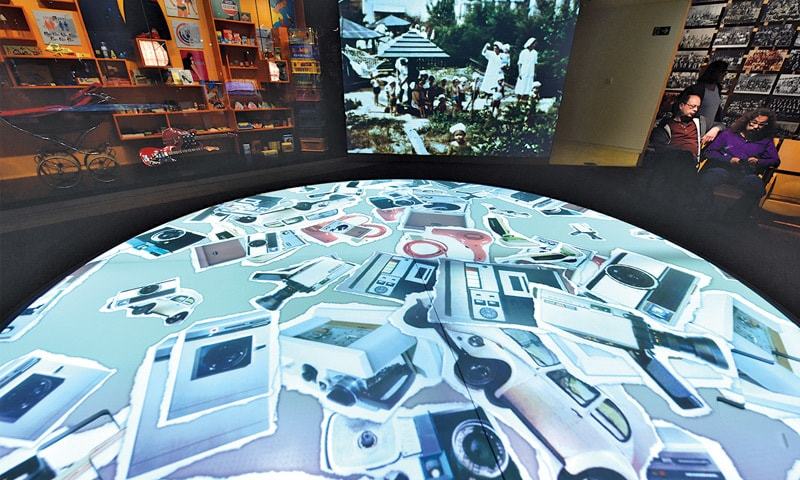 Brexit on display at new EU history museum: The EU opened a new ‘House of European History’ museum in Brussels on Thursday, focusing on the past with a nod to the future after Britain’s vote to leave.

The 55-million-euro museum features badges from the successful “Leave” and doomed “Remain” campaigns along with a ballot from last June’s Brexit referendum.

But they form only a tiny part of a collection that stretches back through the turbulent history of the continent, focusing mainly on the 20th century.

Exhibits cover the two world wars and the Holocaust through the Cold War and the formation of the European Union, to the present day.

Opening the museum, European Parliament President Antonio Tajani rejected suggestions that the museum was propaganda for the 28-nation – soon to be 27-nation – bloc at a time of crisis.

“Here we do not have a line to take. There are many different messages, our history and our heritage is here, our problems and disasters too,” he told a news conference.

“But by studying the past we can have a better future.” Museum board of trustees chief Hans-Gert Pottering, himself a former EU parliament head, said the exhibition celebrated European “values” at a time when growing populism and instability calls them into question.

Pottering said the decision to include exhibits from Britain’s June 2016 vote to become the first country to leave the EU had been taken by museum staff without any outside influence.

“This shows to you that the team was totally independent,” Pottering said.

He added however that former British premier David Cameron, who called the referendum, was a “very tragic person, what he has done to Europe and especially to his own country”.

The Brexit referendum material is on the seventh and top floor of the museum, somewhat hidden around a corner from a display showing the EU’s 2012 Nobel Peace Prize.

It also includes a bright red t-shirt of the Leave campaign. The museum, which will be free to the public, however contains almost no labels explaining the exhibits as visitors instead get a tablet computer which can locate their position in the galleries – available in 24 languages.

It is located in the Eastman building – originally a dental clinic set up by Kodak founder George Eastman in 1935 in the scenic Parc Leopold in the European quarter of Brussels.

The museum has suffered several delays since the project was announced in 2007 and was originally due to open in 2014.

The collection contains 1,500 objects from 300 museums across Europe and beyond.