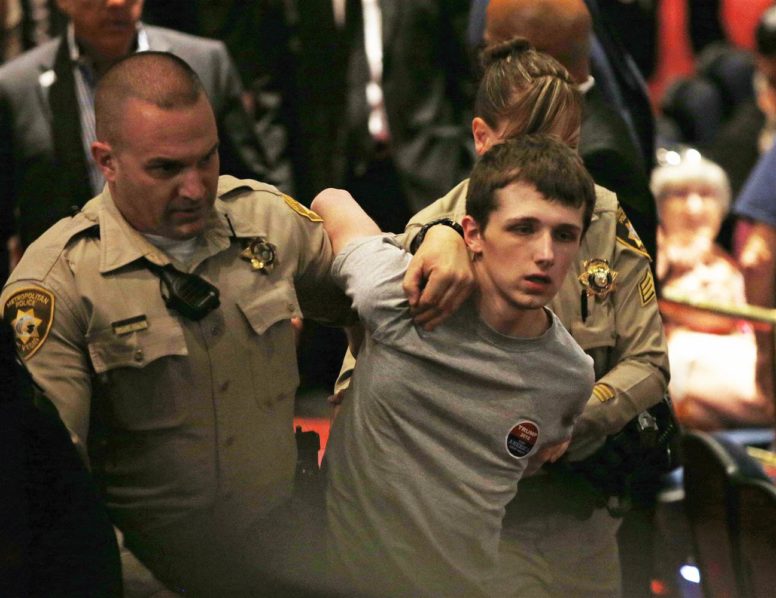 Briton who tried to kill Trump heard ‘screaming voices’: A British man jailed after trying to assassinate Donald Trump said on Tuesday that screaming voices in his head urged him to lunge for a policeman’s gun.

Michael Sandford, 21, who has a history of mental health issues, told The Sun newspaper how he feared being shot dead himself after being flattened by officers, six metres away from Trump who was campaigning to become US president.

Sandford, who is back at his family home in Dorking, south of London, after being released last Tuesday, said he decided to take action after feeling angry about Trump. “I was hearing voices telling me to kill Donald Trump,” he said. “They’d been coming on for a while and getting stronger and more frequent. At one point they were screaming at me.”

“My friends had said Trump needed to be stopped. They said he was going to destroy the country – but it was the voices in my head which were telling me to kill him.”

“Then one day I saw he was speaking in Las Vegas and I decided to drive there and do something myself,” he added.

The incident happened on June 18 last year as the Republican candidate was campaigning in the Nevada gambling city. The day before, Sandford – who was in the United States to be reunited with his US girlfriend and overstayed his visa – went to a shooting range and practised firing pistols. “Deep down I knew there was something wrong but I tried to convince myself it was OK,” he said.

At the rally, when he tried to pull an officer’s gun from its holster, it got stuck and Sandford was bundled to the ground. He admitted being an illegal alien in possession of a firearm and disrupting government functions as part of a plea deal for a shorter sentence. He was jailed in December for a year and a day.

Much of his sentence was spent on remand and he was released early. “I’m disgusted by what I did but I’m so glad no-one was hurt,” he said.

His mother Lynne, who was powerless to stop him leaving Britain, is calling for new laws to help the parents of mentally ill youngsters protect them after they become adults.