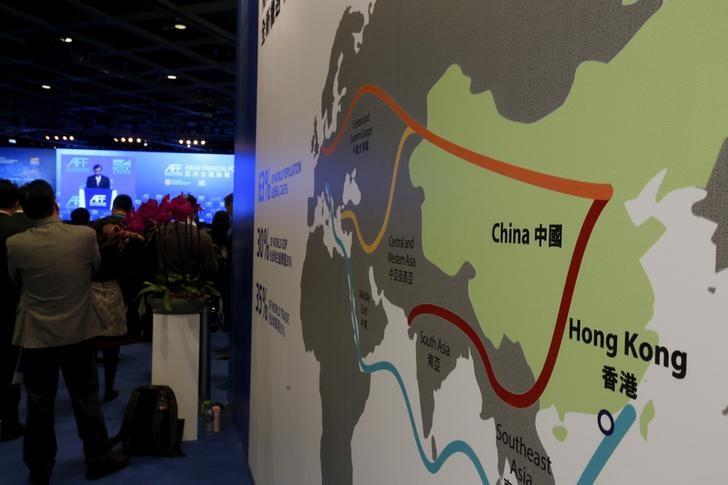 Leaders from 28 countries will gather in Beijing on May 14-15 on what China formally calls the “One Road, One Belt” plan that envisions expanding trade links between Asia, Africa and Europe underpinned by billions of dollars in infrastructure investment.

Speaking at a security dialogue on the new Silk Road, domestic security chief Meng Jianzhu the plan could only advance if there is a secure and stable environment, the Public Security Ministry said late Thursday.

“Increasing international cooperation, jointly dealing with risks and challenges and protecting the security of One Road, One Belt is the joint responsibility of all countries,” the ministry paraphrased Meng as telling attendees.

Public Security Minister Guo Shengkun said there should be more pragmatic cooperation in such areas as public security, anti-terrorism, and protecting overseas interests.

“We hope that all sides would foster the concept of common and cooperative security, and establish a sound security cooperation mechanism for the Belt and Road Initiative,” Guo said, using another name for the new Silk Road.

The statement did not say which countries attended the forum, but a picture of the event on the ministry’s website showed the flags of countries including Pakistan, Russia, Vietnam, Turkey, Spain, Saudi Arabia and Belarus.

The ministry added that Chen Wenqing, appointed last year as the new chief of the country’s secretive and powerful Ministry of State Security, also attended the forum.

China does have legitimate security concerns for many of the countries involved in the new Silk Road, especially in Pakistan where Chinese workers have been attacked by militants.

In China’s far western region of Xinjiang, a key link in the new Silk Road between China and Central Asia, the government has blamed extremists for a series of attacks in recent years in which hundreds have died.

China has repeatedly rebuffed concerns the plan for a new Silk Road is part of a grand strategy to selfishly expand economic interests and seek global dominance, saying that while it’s a Chinese-led scheme anyone can join to boost common prosperity.