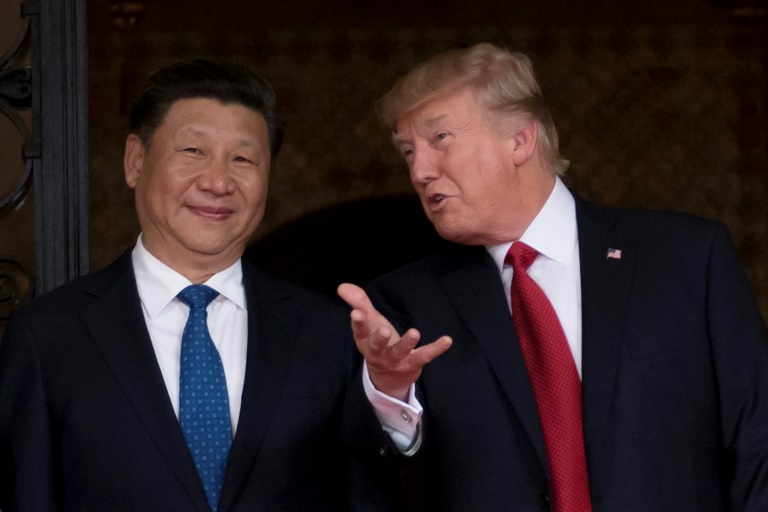 China, US seal trade deal as ties warm: Beijing and Washington announced Friday an agreement giving US beef, natural gas and certain financial services access to China’s massive market in a deal highlighting the warm ties nurtured by their presidents.

The agreement marked one of the first concrete results of trade discussions that began a month ago, when Chinese President Xi Jinping and Donald Trump launched a 100-day action plan on economic cooperation during their meeting at the US leader’s Mar-a-Lago resort in Florida.

Trump lashed out at Beijing throughout his presidential campaign, vowing to crack down on trade policies that he deemed hurt American workers.

But relations between the two governments have been friendlier than expected since his inauguration, and the president trumpeted the new deal Friday on twitter.

“China just agreed that the U.S. will be allowed to sell beef, and other major products, into China once again. This is REAL news!” Trump said.

The US administration was “excited” about Washington’s trade policies, said US Treasury Secretary Steven Mnuchin as he arrived for a meeting of G7 finance ministers in Italy.

“I think we’re very happy with how we’re proceeding with the Chinese,” he added.

US Commerce Secretary Wilbur Ross told reporters at the White House that the deal will help reduce the US trade deficit with China, which reached nearly $350 billion last year.

“This was pretty much a herculean accomplishment to get this done,” Ross said, according to Bloomberg News.

“This is more than has been done in the whole history of US-China relations on trade,” Ross said.

“The nature of this relationship is mutually beneficial. The two sides decided to press ahead with this economic plan and the fact that much progress has been made in a short amount of time shows… we can establish more cooperation for the joint benefit of the people,” he said.

During last year’s campaign, Trump had threatened to impose trade tariffs and label Beijing a currency manipulator, neither of which he has done.

But his tone changed after he took office and met with Xi in April, calling the Chinese leader a “good man” who was trying to help Trump rein in North Korea.

But a report by Capital Economics consultancy saw “paltry trade benefits” from the deal because it would amount to “just a few billion dollars”.

The agreement “won’t make any meaningful difference to the bilateral trade imbalance, which could still trigger a flare-up of tensions between the two sides in the future,” it said.

Under the agreement announced by both nations, China will authorise US beef imports by July 16 while the United States will lift barriers on Chinese cooked poultry exports “as soon as possible”.

China banned US beef following a case of mad cow disease in the United States in 2003.

Beijing had announced an end to a 14-year embargo on American beef last year, but the decision has yet to be implemented.

Regaining access to China, the world’s most populous country with 1.4 billion people, has been a key goal of American cattle farmers.

“It’s impossible to overstate how beneficial this will be for America’s cattle producers, and the Trump Administration deserves a lot of credit for getting this achieved,” National Cattlemen’s Beef Association president Craig Uden said in a statement.

The deal will also allow Chinese companies to buy US liquified natural gas.

“This will let China diversify, somewhat, their sources of supply and will provide a huge export market for American LNG producers,” Ross said.

China will also give permission to wholly foreign-owned financial services firms to provide credit-rating services in the Asian giant.

And it will give “full and prompt market access” to US-owned suppliers of electronic payment services, including credit and debit card transactions — something China had already said it would do in 2015 after losing a case at the World Trade Organisation.

The joint statement said the United States would send a delegation to China’s One Belt, One Road summit — Xi’s signature project — on Sunday and Monday.