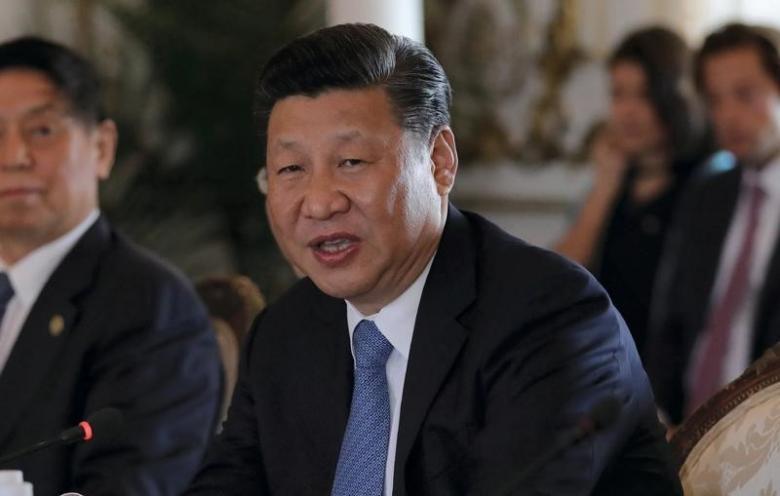 Xi told Moon that China has always upheld the denuclearization of the Korean peninsula and that the nuclear issue should be resolved through talks, which are in everyone’s interests, according to the state television report.

China was willing to keep working hard with all parties, including South Korea, for the peace and prosperity of the Korean peninsula, Xi said.

Despite Chinese anger at North Korea’s repeated nuclear and missile tests, China remains the isolated state’s most important economic and diplomatic backer, even as Beijing has signed up for tough UN sanctions against Pyongyang.

Beijing also has its own issues with Seoul. China has vigorously opposed the deployment of a US anti-missile system in South Korea, saying it threatens Chinese security and will do nothing to resolve tensions with North Korea.

The Chinese state television report made no direct mention of the anti-missile system, instead citing Xi as saying that both sides should handle their disputes appropriately.

Moon said in his first speech as president on Wednesday he would immediately begin efforts to defuse security fears on the Korean peninsula and would negotiate with Washington and Beijing to ease tensions over the deployment of the Terminal High Altitude Area Defence (THAAD) anti-missile system in the South.

He also said he was prepared to go to Pyongyang “if the conditions are right”.

North Korea is believed to be preparing for a sixth nuclear test and is working to develop a nuclear-tipped missile capable of reaching the United States, presenting US President Donald Trump with perhaps his most pressing security issue.

Moon’s swearing-in on Wednesday brought to an end a months-long power vacuum after the previous president Park Geun-hye was ousted in a corruption scandal in March.