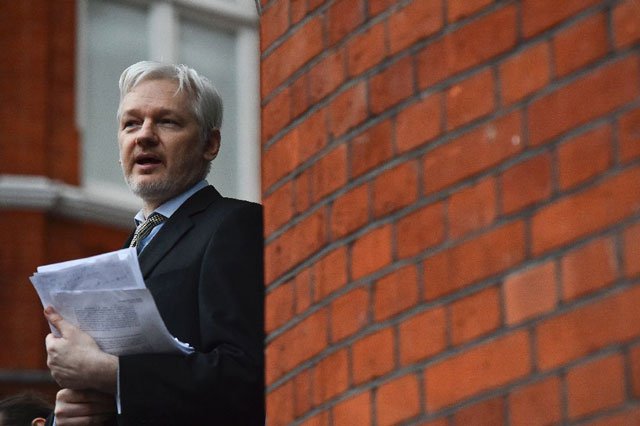 Ecuador decides its future, and maybe Assange’s, in runoff: HumSub.TV: Ecuadorans headed to the polls Sunday in a presidential runoff that will turn the page on a decade under leftist Rafael Correa and decide whether the nation follows Latin America’s rightward shift.
The election could decide the fate of WikiLeaks founder Julian Assange, who has been holed up at the country’s London embassy since 2012.
Polls opened at 7:00 am (1200 GMT), with the socialist president’s designated heir, Lenin Moreno, in a tight contest with conservative ex-banker Guillermo Lasso.
Correa presided over an economic boom that has recently gone bust in the South American oil producer. With voters torn between continuity and change, the race remains too close to call.
“It’s a decisive moment because we’ve had a conservative reaction in recent years,” Correa said after casting his ballot, adding that “the whole world is watching.”
Lasso finished second in the first-round vote last month, with 28 percent to Moreno’s 39 percent. But polls give him a slight edge heading into the runoff, with between 52.1 percent and 57.6 percent of the vote.
The race is also a barometer of the political climate in Latin America, where more than a decade of leftist dominance has been waning.
Argentina, Brazil and Peru have all shifted to the right in recent months, as the region has sunk into recession and leftist leaders have been tarnished by a string of corruption scandals.
Also weighing on the Ecuadoran elections is the deepening political and economic crisis in leftist-ruled Venezuela, raised by Lasso in the final days of his campaign.
“I want a change and for corruption to be definitively put a stop to,” said Elena Pabon, a 67-year-old retiree, as she went to the polls.
Fausto Dutan, who is 65, said he hopes “the good sense of our people triumphs. I want the achievements of the past decade to be consolidated.”
An opposition victory, he said, “would mean the collapse of this country.”

What kind of change?

Boosted by high prices for its oil exports, Ecuador registered solid economic growth averaging 4.4 percent per year during the first eight years of Correa’s presidency, before tipping into recession in mid-2015.
Correa won loyal fans among the poor with generous social benefits that helped reduce the poverty rate from 36.7 percent to 23.3 percent in this country of 16 million people.
But he has also faced accusations of corruption and squandering the windfall of the oil boom.
Political analyst Napoleon Saltos of the Central University of Ecuador said the election would be played out between “the vote against the government and the fear among certain parts of the population that they will lose what they gained over the past 10 years.”
Lasso, 61, appears to have gained the edge by uniting the opposition vote behind his promises to end tax-and-spend policies and create a million jobs.
But Moreno, 64, has sought to co-opt the buzzword of “change” for himself.
“We’re heading for a change, yes, but a positive change, not a negative change, a change toward the past,” he told AFP Wednesday.
In another of the race’s hot debates, Lasso has threatened to revoke the political asylum Ecuador has granted its most famous guest, Assange.
Correa, an outspoken critic of the United States, let Assange stay at the London embassy to avoid arrest and extradition to Sweden over rape allegations by two women.
The 45-year-old Australian, who denies the accusations, says he fears Sweden would send him to the United States to face trial for leaking hundreds of thousands of secret US military and diplomatic documents in 2010.
His case has returned to the spotlight since WikiLeaks was accused of meddling in the US election last year by releasing a damaging trove of hacked emails from presidential candidate Hillary Clinton’s campaign and her Democratic party.