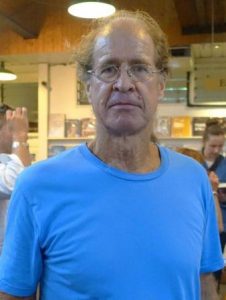 Emails from an Australian man accused of espionage in Cambodia show a strongly worded dislike of Prime Minister Hun Sen and enthusiastic support for the opposition but nothing remotely akin to spying.Emails show the filmmaker had access to opposition leader and was excited to be part of a major news eventThe Australian was generous in praise of opposition and critical of ruling partyJames Ricketson has been in pre-trial detention since his arrest in June, 2017.

Prompting Foreign Minister Julie Bishop to write to the Cambodian Government to express concern about the case.If convicted, Mr Ricketson could be jailed for 10 years but he denies the charges.For the past two weeks, the 68-year-old Australian has attended a Phnom Penh court to answer questions that have focussed on correspondence from his seized laptop.