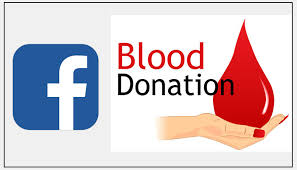 Facebook Introduces A Philanthropy Feature: The age of Social Media

The use of social media is rampant in all age groups, be it pre-teens, teenagers, young adults, adults or even elderly people. After all, social media allows everyone to connect with each other, keep up to date with the happenings in others’ lives and that too with minimal effort!

No more going out into the garden and trying to peek over into the next door neighbor’s house as you can just add them on Facebook! Oh and every emotion is also available on the abundant status updates feature.

Well, arguably social media has a profusion of positive aspects. After all, it’s how you put something to use that matters right? For instance the Facebook blood donation feature is immensely helpful.

Facebook has stepped up and decided to put the influence it holds over the vast majority of population to good use through the introduction of a philanthropy feature for blood donation. This can prove to be immensely accommodating for reducing the grave issue of blood donation across the country.

According to some reports, Pakistan faces an acute shortage of blood for patients suffering from diseases where frequent blood transfusions are required. This is a surprising fact considering that about 70% of the country’s population is less than 29 years of age. Perhaps due to lack of awareness however, only 10% of the donated blood comes from voluntary and registered donors while the rest is harvested from unsafe sources.

How does the feature work?

A blood donor feature will be available on Facebook, allowing people to join up and register as a donor in a hassle-free way. In order to allow organizations to access these donors in case need arises, changes are underway to make contacting blood donors easier. This is being facilitated in two ways: