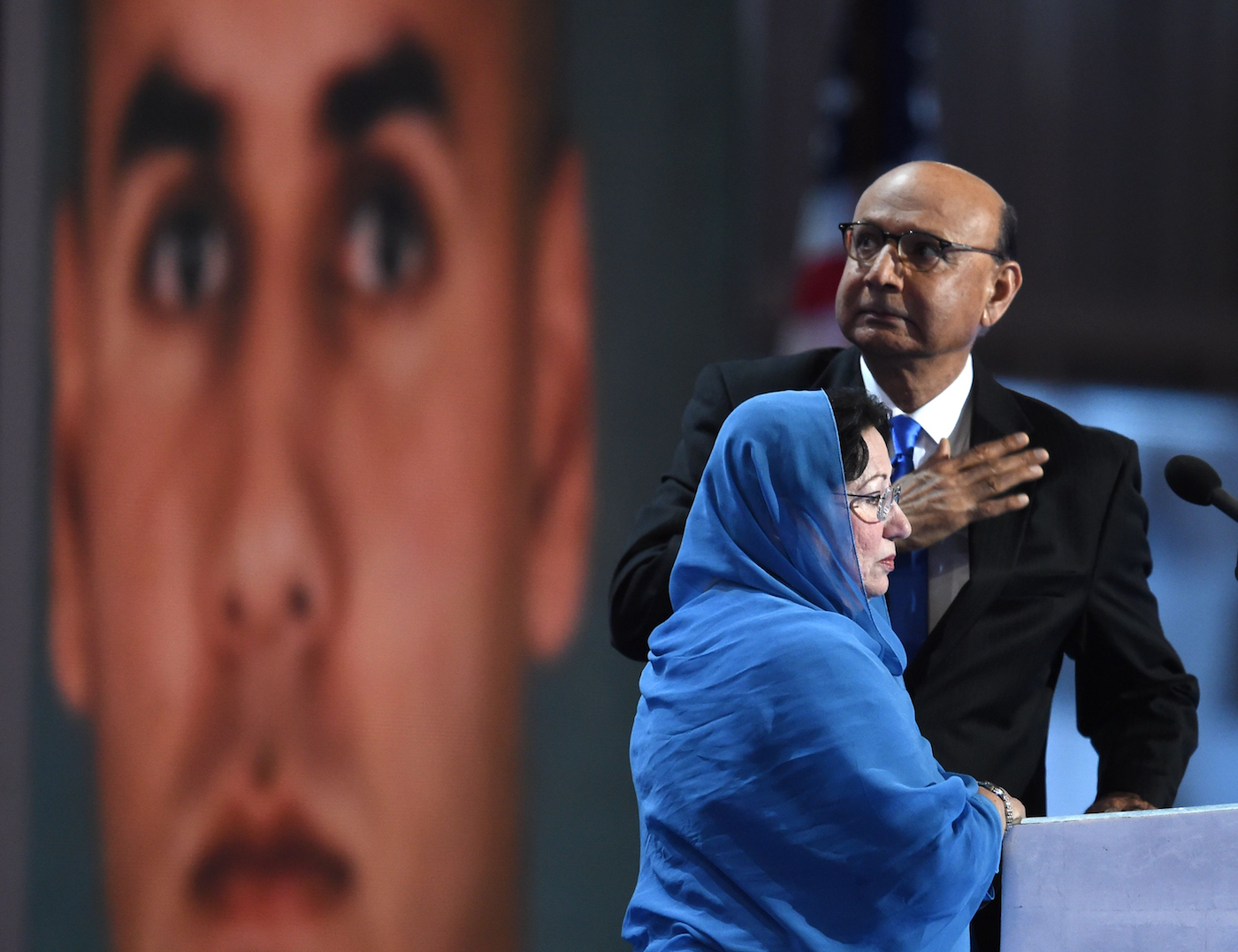 The father of an American soldier killed in Iraq who came under criticism last year from then-candidate Donald Trump said he has canceled a speaking engagement in Toronto after being notified that his U.S. travel privileges were under review.

Khizr Khan, an American citizen born in Pakistan, said he had not been given a reason as to why his travel privileges were being reviewed. He did not say what kind of review he was subject to, which US agency ordered it or who told him of the change.

“This turn of events is not just of deep concern to me but to all my fellow Americans who cherish our freedom to travel abroad,” Khan said in a statement issued by the engagement organizer on Monday. “I am grateful for your support and look forward to visiting Toronto in the near future.”

Khan had planned to speak at a luncheon in Toronto on Tuesday in a discussion about President Trump’s administration, according to Ramsay Talks, a Toronto-based speaker series hosted by Bob Ramsay.

Khan declined to comment further in an email exchange with Reuters.

The organization said in the same statement that Khan, a US citizen for over 30 years, was notified Sunday evening that his travel privileges were being reviewed.

“Mr. Khan will not be traveling to Toronto on March 7th to speak about tolerance, understanding, unity and the rule of law,” said Ramsay Talks, which announced guests would be refunded the ticket price of C$89.

U.S. Customs & Border Protection said it does not contact travelers in advance of their travel out of the United States, according to an official who said any U.S. citizen with a passport may travel out of the country. CBP would not comment specifically on the Khan case, citing privacy protections.

Trump signed a revised executive order on Monday banning citizens from six Muslim-majority nations from traveling to the United States, but Pakistan is not one of those countries and the ban does not apply to U.S. citizens or legal permanent U.S. residents.

Khan and his wife, Ghazala Khan, appeared at the Democratic National Convention in support of presidential candidate Hillary Clinton and shared the story of their son, U.S. Army Captain Humayun Khan, who was killed during the Iraq war.

He also criticized Trump’s proposal during the election campaign for a temporary ban on Muslims entering the United States.

During his speech, Khan asked Trump if he had ever read the US Constitution and said that he would gladly lend him his copy. He urged Trump to “look for the words liberty and equal protection of law” in the document.

Trump responded by questioning whether Clinton’s aides scripted Khan’s speech and questioned whether Ghazala Khan was allowed to speak.

Khan and Trump went on to exchange further criticism, dominating the presidential campaign for several days over the summer.