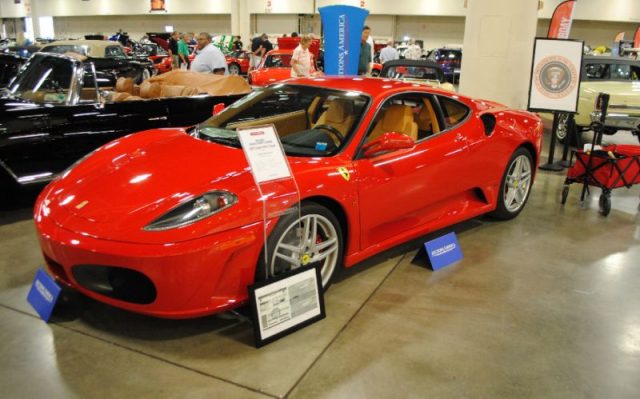 Ferrari once owned by Trump to go on auction: HumSub.TV: A 10-year-old red Ferrari set to go on auction in Florida on Saturday is attracting an unusual amount of attention thanks to a previous owner: President Donald Trump.

Car lovers, conservative supporters and curiosity seekers admired the 2007 F430 coupe at a convention center in Fort Lauderdale 30 miles (50 kilometers) north of Miami, where a collection of exotic autos filled the lot of the auction house Auctions America, which specializes in classic and sports cars.

The real-estate billionaire bought the Ferrari new for use as his personal car and owned it for just over four years.

He drove the car 2,400 miles. The rest of its mileage — 6,000 miles — was clocked by its second and current owner, who bought the Ferrari in 2011 and remains anonymous.

“It’s highly likely Donald Trump is the only United States president to ever own a supercar,” the auction house said in a statement.

“There is a big expectation of value for this car,” Auctions America specialist Barney Ruprecht said. “The fact that President Trump owned the car certainly adds significance in terms of ownership history.”