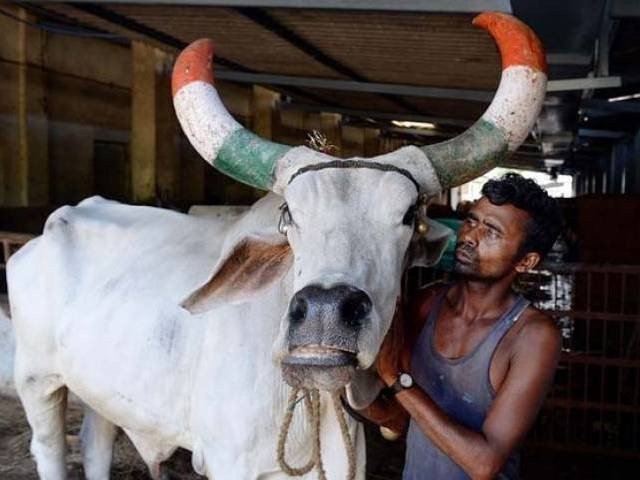 Five men bashed, arrested, in India over alleged cow killing: Indian police Friday arrested five men for “animal cruelty” after they were caught skinning a buffalo and beaten on suspicion of killing a cow, an animal considered sacred by Hindus.

The mob bashing in Uttar Pradesh state is just the latest such attack by Hindu vigilantes in India, where there has been a spate of assaults and murders in recent months of accused cow killers.

The men claimed the animal had died of natural causes and the dairy owner had requested they remove the hide, but the mob alleged it was a cow they had slaughtered and set upon them.

Local police chief Rajesh Kumar Pandey said an investigation would determine how the buffalo died, and the skinners would be held for questioning.

Meat seized from Muslim-owned restaurant after cow vigilante attack was not beef: forensics

“They have been arrested on charges of animal cruelty, and further charges will depend on the outcome of the autopsy report,” Pandey told AFP.

None of the attackers — all high-caste Hindus — had been arrested as police had not received a formal complaint from the victims, he added.

Footage of the incident aired by local broadcasters showed the attackers punching and kicking a man while he was being taken away by police.

The five men were Dalits, whose status at the bottom of the Hindu caste system designates them to skinning cows, a major source of hides for India’s booming leatherwork industry.

Last year four Dalits were stripped and beaten in Gujarat state by Hindu vigilantes for skinning a dead cow. The low-caste community refused to clear carcasses from the streets for months in protest.

Cow slaughter, and the possession or consumption of beef, is prohibited in most Indian states, with some carrying life imprisonment for infringements.

Buffalo is widely consumed in India, particularly by Muslims and Dalits, and India is the world’s leading exporter of buffalo meat, known as carabeef.

But the Muslim-dominated slaughter industry has long been viewed with suspicion by Hindu hardliners, who suspect cows are killed in secret.

There was a crackdown on the slaughter industry in India’s main meat producing state of Uttar Pradesh after Prime Minister Narendra Modi’s right-wing party won power there in March.

Violence against Muslims and Dalits accused of killing the holy beasts has spiked in recent months.

Two Muslims were beaten to death this week on suspicion of stealing cows while another was killed by vigilantes for transporting dairy cattle by road last month.