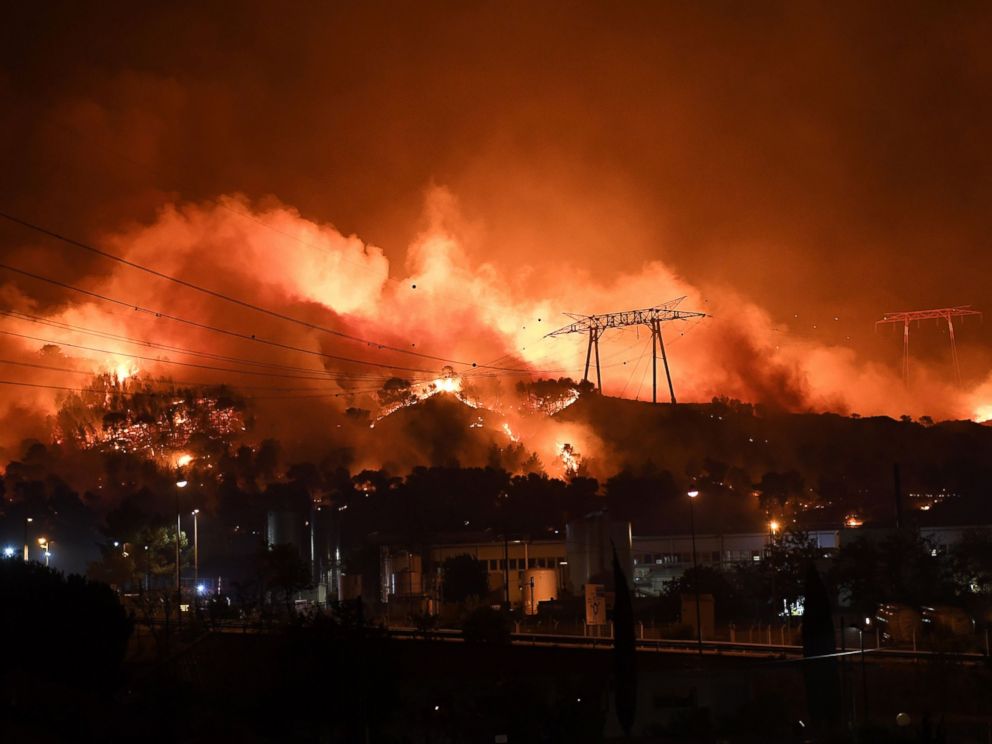 Wildfires in south-eastern France have forced the evacuation of 10,000 people overnight, officials say.

Hundreds of firefighters have been deployed to battle the fires near Bormes-les-Mimoses, in the country’s Provence-Alpes-Côte d’Azur region.

Some 4,000 hectares (15.4 sq miles) of land have burned along the Mediterranean coast, in the mountainous interior and on the island of Corsica.

“The evacuations, at least 10,000, followed the progression of the fire,” a fire official was quoted as saying by the AFP news agency.

“It’s an area that doubles or triples its population in summer,” the official added.

One of the worst fires is raging in an area near the popular resort of Saint-Tropez.

In Corsica, hundreds of homes have been evacuated.

Overall, more than 4,000 firefighters and troops backed by water bombers have been trying to extinguish the flames since Monday.

At least 12 firefighters have been injured and 15 police officers affected by smoke inhalation, officials say.

Lisa Minot, a British tourist staying in a campsite near St-Tropez, told the media that all tourists were evacuated at about 02:00 local time (00:00 GMT) and spent the night on the beach as it was not safe to stay in the wooded campsite.

She said that as many as 3,000 people – including tourists from other campsites – ended up staying on the beach in cold winds.

She said she saw planes scooping up water from the sea and then going back “into the pool of black smoke” on the coast.

Ms Minot added that there were reports that some campsites had already been destroyed by the blazes.