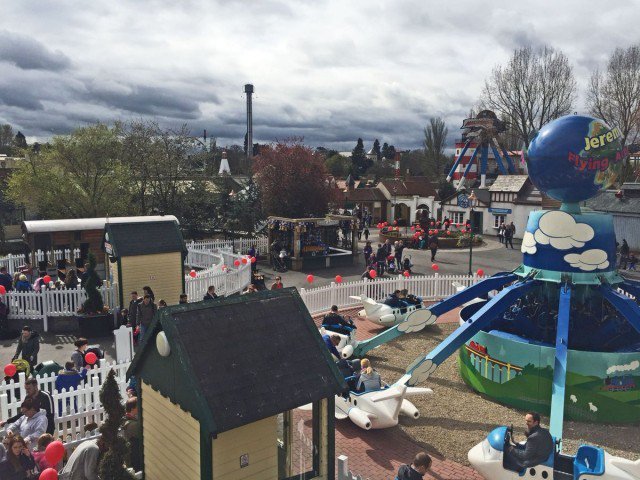 The accident happened while she and classmates were riding on the “Splash Canyon” ride, described by the Drayton Manor Park in central England as “the most unpredictable and thrilling of river rapid rides”.

The young girl was rescued from the water by theme park employees before the emergency services arrived. She was then airlifted to hospital where she died of her injuries, police said. “Ambulance staff administered advanced life support before she was flown to Birmingham Children’s Hospital with the doctor continuing treatment en-route.

“Unfortunately, shortly after arrival at hospital the girl passed away,” an ambulance spokesperson said, without giving the girl’s name or details of her injuries.

Another visitor to the theme park, Fiona Fletcher, told the BBC she saw Drayton staff with “tears running down their face”. Company director George Bryan appeared visibly shaken as he read out a statement on behalf of the park. “We are all truly shocked and devastated, and our thoughts are with the family and friends at this horrendously difficult time,” he said.

The water ride was closed following the incident and Drayton Manor Park said it will be shut on Wednesday “as a mark of respect to the family”.

Britain’s Health and Safety Executive watchdog has launched an investigation.