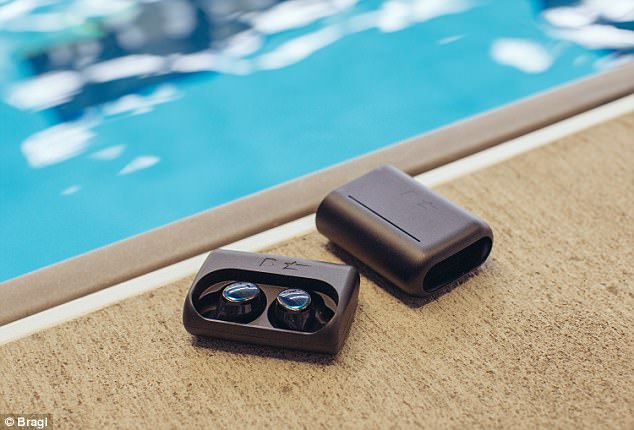 On Wednesday Google unveiled something miraculous at its big hardware event – wireless earbuds that allow instant translation from 40 languages.

It seemed that the Babel Fish envisaged in the Hitchhiker’s Guide to the Galaxy nearly 40 years ago was finally here. But I had one immediate thought: poor Danny.

Back in January at the giant CES gadget show in Las Vegas we profiled a young inventor from Manchester who had arrived with something amazing to show off.

Danny Manu’s product was called Clik, and he billed it as “the world’s first truly wireless earbuds with live voice translation supporting 37 languages”.

The demo he gave us was, to be honest, a little clunky, but we were out on the Las Vegas strip and had problems with connectivity. We were impressed by Danny’s drive and his promise that the final, much slicker product was coming soon.

Since then, we’ve checked in from time to time, and been told that the Clik earbuds are almost there. Around 4,000 people have ordered them on the Indiegogo and Kickstarter crowdfunding platforms and have had to be patient – although delays of this kind are far from rare.

Backers are now being promised a pair of earbuds by the end of the year, and they are available to order by the general public at a price of £219 – although the MyManu website says you will have to wait 16 weeks for them to be delivered.

But now Google’s Pixel Buds are on sale for £159 and will ship in November. Paired with the Google Assistant on the new Pixel phone, or another high-end Android, they will deliver instant translation straight into your ear.

Surely faced with the might and money of this tech behemoth, Danny Manu might as well just put his hands up and accept defeat?

Not likely, he told me when I caught up with him. “Disappointed” was how he described his reaction to Google’s presentation – and not by the threat to his business but the quality of the search giant’s product.

“I was expecting companies like Google to come in but I thought they’d do better.”

He insists his Clik earbuds do more than the Pixel Buds – group translation with transcripts after a multilingual meeting for one thing, much higher audio quality for another.

Whatever the truth about how the rival products stack up, I put it to Danny that a tiny start-up’s message just won’t be heard above the noise generated by Google.

“We have faith in people,” he replied. “People want quality products, they buy into your story.”

And the Marriott hotel chain has bought into Danny Manu’s story, planning to try out his technology in a Madrid hotel after he mounted an impressive demonstration.

Back in January I said that the odds were stacked against Danny – and they just got even longer.

But what many great entrepreneurs have in common is an ability to bounce back after every set-back, so I won’t be surprised if he does realise his ambition of building a successful tech business here in the UK.