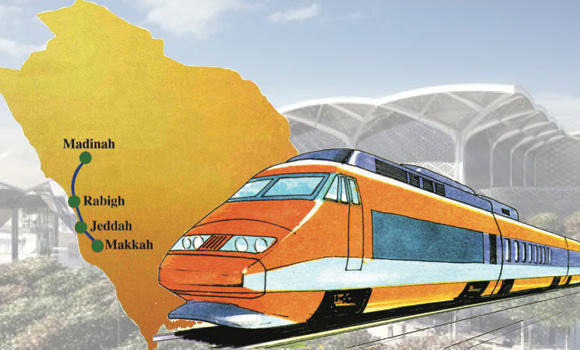 High Speed Railway Linking Makkah And Madina: A high-speed railway linking holy city Makkah and Medina in Saudi Arabia, which has been was facing delays, will finally start operating in September, the Spanish consortium building the project.

The railway linking Islam’s holiest cities, which was initially scheduled to open at the end of 2016, had a cost overrun of 210 million euros which Saudi Arabia has agreed to pay, the Al-Shoula consortium added in a statement.

It will begin operating in September with four trains per week, before offering daily service by September 2019.

Saudi Arabia in 2011 awarded the contract worth 6.7 billion euros ($7.1 billion) to the consortium of 12 Spanish companies and two Saudi firms for the project which aims to improve transport between the two cities during the annual hajj pilgrimage.

The contract, one of the biggest Spanish firms have ever undertaken abroad, is for the laying of the 444 kilometers (275 miles) of track between Makkah and Medina, providing 35 trains and maintaining the line for 12 years.

When it is finished, the rail link will be able to move 166,000 passengers per day.

But the project has run into challenges that have added to its costs, leading to disagreements among members of the consortium over who is responsible for resolving them and paying for the cost overruns.

The rail line crosses the Arabian Desert, where sandstorms are frequent and large dunes can suddenly form, which has added to the difficulties in completing the project.