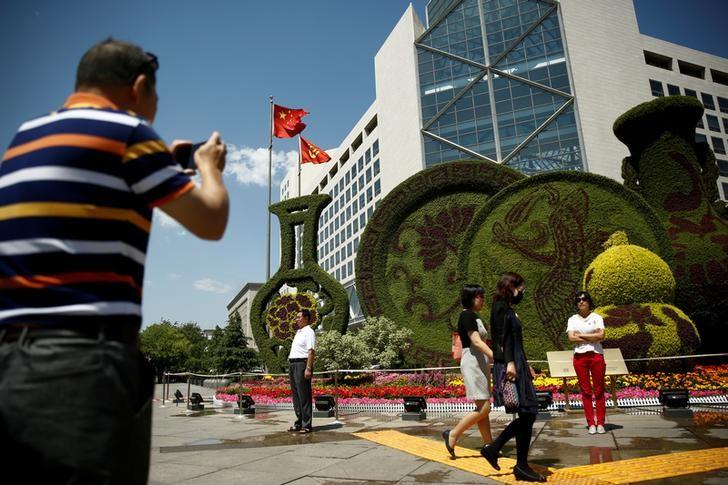 India cool on Beijing summit as ‘Silk Road’ stirs unease: India is likely to be represented by local embassy staff or academics this weekend at a major gathering of leaders and ministers on China’s “Silk Road” initiative, reflecting deep unease in New Delhi about the far-reaching project.

India’s main objection to China’s plan to build ports, railways and power links across Asia and on to Europe is that the $57 billion China-Pakistan Economic Corridor (CPEC), a key part of the plan, runs through disputed Kashmir.

The broader worry for India is that the “Belt and Road” initiative involving hundreds of billions of dollars over the coming decades will cement China’s dominance over Asia, including India’s neighbourhood.

Leaders of 29 countries plus senior delegates from other nations gather in Beijing for a two-day summit starting on Sunday to map out a project that is seen as broad on ambition but short on specifics.

Even Vietnam, which has had rocky ties with China, will be represented by its president, while Japan, driving its own infrastructure push across Asia, is sending a deputy trade minister and the secretary-general of the ruling party.

India, meanwhile, is expected to send representatives from its embassy in Beijing, two Indian officials said, speaking on condition of anonymity because of the sensitivity of the matter.

Chinese foreign ministry spokesperson Geng Shuang said that, as far as he knew, Indian academics would be participating in “relevant activities” at the Belt and Road Forum. He gave no other details and offered no further comment.

Indian foreign ministry spokesperson Gopal Baglay said no decision had been taken on whether an Indian government delegation would attend the meeting.

Baglay said India supported connectivity across the region, but there was a problem with the Pakistan end of “One Belt, One Road” (OBOR) – a term widely used to describe the project.

“As far as OBOR is concerned, you know that our position is that since the so-called CPEC forms a part of OBOR that is where our difficulty is.

“It passes or proposes to pass through what is sovereign Indian territory and we have made our views in this regard very, very clear to the Chinese side.”

For Asia’s third largest economy behind China and Japan, which sits near one of the world’s busiest shipping lanes in the Indian Ocean, not to be part of the continent-wide project presents a headache for China and India.

China’s ambassador to India, Luo Zhaohui, told an Indian military think-tank in Delhi last week that the Belt and Road initiative was good for both countries and fitted into India’s “Look East” policy of strengthening ties with south-east and northeast Asia.

Luo also said that while India had reservations about the China-Pakistan corridor, Beijing had no wish to get involved in territorial disputes between India and Pakistan, according to remarks released by the Chinese embassy.

India’s indecision over China’s biggest summit of the year comes at a time of a sharp downturn in ties.

One Belt, One Road: Shehbaz to represent Punjab at OBOR summit in China

New Delhi is smarting over China’s refusal to allow it entry into the Nuclear Suppliers Group, a global cartel that controls nuclear trade, and over Beijing blocking a request at the UN to sanction a militant blamed for attacks on India.

Beijing is angry at India’s increasingly public engagement of the Dalai Lama, including hosting the Tibetan spiritual leader in a territory controlled by India but claimed by China in April.

It has also grown wary of India’s military cooperation with the United States, as well as with Japan in recent months.

Jayadeva Ranade, a former China specialist on the Indian government’s National Security Advisery Board, said India saw the Silk Road as a strategic Chinese initiative, and that the Pakistan corridor was particularly worrying because it raised fears of encirclement.

“It has already begun to squeeze the strategic space of China’s neighbours as well as bend borders.”

But some Indian officials and experts have urged India not to miss out on opportunities presented by the initiative to boost transport and trade links.

Mehbooba Mufti, chief minister of the Indian-held Kashmir, said the troubled region could benefit from the Chinese project as it would boost economic activity.

“So at this stage, it’s absurd for India to pick a confrontational path, they need to first grow their economy and then come up with all these strategies to confront China,” said Kai Xue, a Beijing-based lawyer at DeHeng Law Offices.