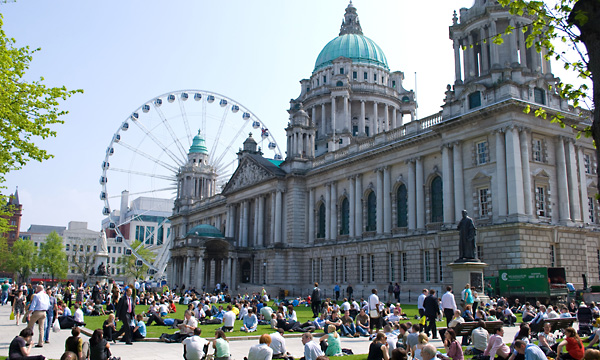 An Irish parliamentary committee tasked with looking at the impact of Brexit on Ireland has set out a proposal to find a way towards peaceful re-unification.

The committee will publish its report later on Wednesday.

The report outlines 17 recommendations on what the Republic of Ireland should seek to have in the final agreement between the EU and the UK.

Fianna Fáil Senator Mark Daly, who compiled the report, said that unity could only come through active consent.

“This is the first report by a committee of the Dail or the Senate on how to achieve the peaceful unity of Ireland,” he said.

“And it’s clear from the 17 recommendations by the committee that a lot of work needs to be done in advance of a referendum.”‘

He added: “From talking to people in both communities in the north it is clear that everybody believes that at some stage there will be a referendum.

The report – entitled Brexit and the Future of Ireland: Uniting Ireland and its People in Peace and Prosperity – was ratified by the all-party committee on 13 July.

It outlines in detail the options for the island of Ireland in the wake of Brexit.

It recommends the need for special status for Northern Ireland, the need to protect structural funds and that there should be no new passport controls.

In September 2016,an opinion poll was conducted in the wake of the Brexit referendum.

This suggested that 63% of people in Northern Ireland supported staying in the UK, whilst only 22% said they would vote to join a united Ireland.