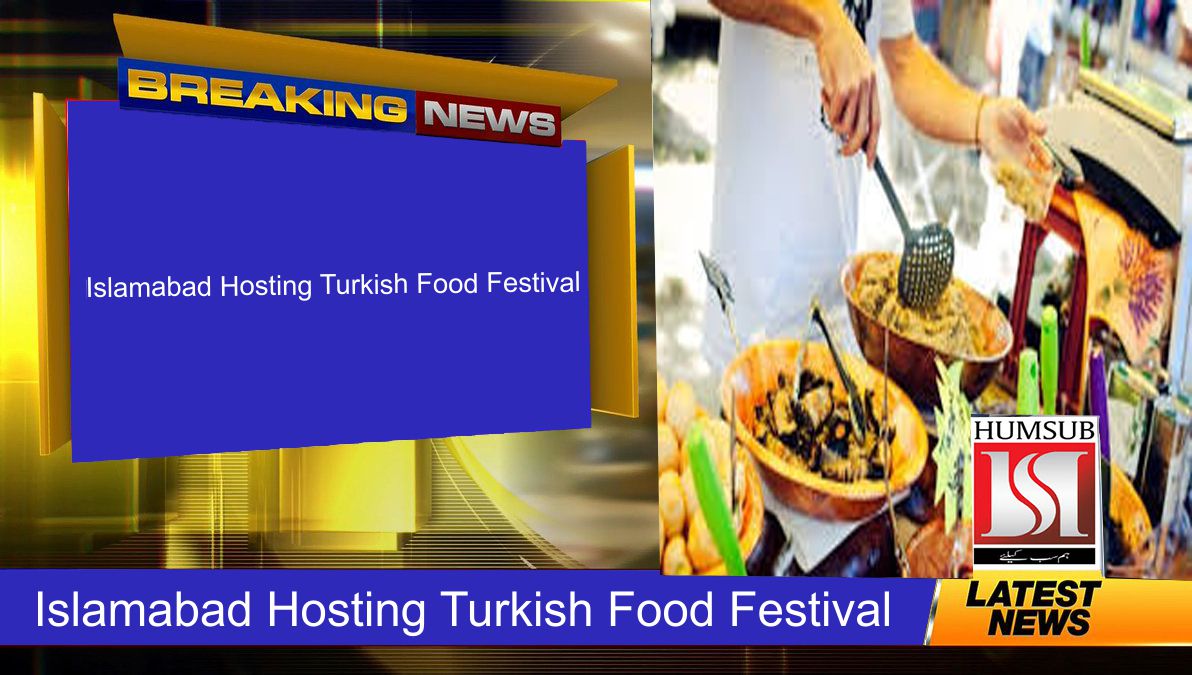 The festival is being held at the Zamana Restaurant, Serena Hotel and a lucky draw would be held on November 1, the last day of the festival for two return tickets to Istanbul with a two-night stay at the Çiragan Palace Kempinski Istanbul.

The Embassy of Turkey has also arranged a waiver on the Turkish Visa application service charges from Gerry’s International.

Food is an important part of Turkish culture as significant as it is in Pakistan.

The ambassador thanked the chefs and musicians who came all the way from Turkey to promote Turkish culture among the “Pakistani brothers”.

When the Turks migrated from Central Asia towards Anatolia, they brought the elements and practices they picked up along the way, including the food culture and empire characteristics of the Seljuk and Ottoman state shave contributed to the diversity of Turkish Cuisine..

Influences and interactions between the cuisines of countries surrounding Turkey as well as a fusion of Asian and European cuisines are re-flected in Turkish cuisine which uses a lot of vegetables, meat (mostly lamb and beef), cereals and yogurt for the sauces.

Ambassador of Turkey to Pakistan, HE Ihsan Mustafa Yurdakul said, “Firstly, I would like to thank our chef sand musicians who came all the way from Turkey to promote Turkish culture among our Pakistani brothers and to Serena Hotel for supporting such a event here in Islamabad. Turkish cuisine, formed by the intermingling of peoples, is a amalgamate, geography-oriented and very delicious kitchen. Indeed, geography plays a role.