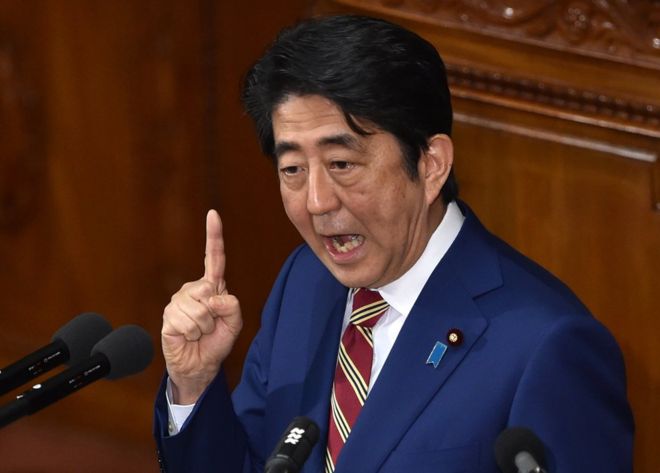 TOKYO: Shinzo Abe may have grabbed a “super-greater part” in Japan’s parliament however he has neglected to win the hearts and brains of voters suspicious of his patriot impulses and who don’t share his obsession with changing the nation’s conservative constitution.

Having trounced a confused restriction to secure 66% of seats, Abe has the parliamentary numbers to begin a procedure that would reinforce the part of the military – an aspiration he has since quite a while ago appreciated.

Be that as it may, the triumph was a long way from a ringing underwriting of the 63-year-old veteran, increasingly a win as a matter of course.

“There is a sure measure of thankfulness for specific parts of what he has done.” But, said Harris: “He isn’t cherished.”

A leave survey directed by Kyodo News demonstrated the greater part of voters (51 percent) don’t confide in their leader, while a study by the liberal Asahi Shimbun discovered 47 percent of those addressed might want to see another person accountable for Japan.